A very sleek and tough design Just like the Galaxy Z Fold3 5G, the Galaxy Z Flip3 5G comes with a fingerprint scanner at the top right of the smartphone and on top of it is the volume rocker. Honestly, I didn’t have a single problem with it but I’m not sure if people with smaller hands would appreciate that as the smartphone is too tall with its 22:9 aspect ratio. The Samsung Galaxy Z Flip3 5G comes with two displays, the inner foldable display comes with a 6.7-inch AMOLED Infinix Flex Display with 2640×1080 resolution and no, there’s no under display camera here unlike the Samsung Galaxy Z Fold3 5G but now have here a 120Hz refresh rate so the smartphone’s animation and transitions are way smoother than ever and of course, it has an effect on games that can support more than 60fps. As for the outer display or the cover display of the smartphone, it’s way bigger now with a 1.9-inch AMOLED display with 512×260 resolution and of course, there’s the Gorilla Glass Victus protecting this one. It’s way better than before as it can display more content and sometimes, I prefer looking at the cover display of the smartphone instead of my smartwatch as this one’s cute and it can display the notifications that I want. But of course, it’s not just notifications as the outer display can also display different functions including the control for music, voice recorder, timer, schedule, weather, health, and alarm. In the future, I would hope to see 3rd party taking advantage of this one as the outer display of the smartphone might be small but it’s definitely usable now. With its 120Hz panel, of course, it would take some juice as this one is smoother than before. I’m a heavy smartphone user and the Samsung Galaxy Z Flip3 5G was able to last up to 14 hours on me with a screen on time of 4 hours and 11 minutes. Most smartphones would last up to a day in my usage especially in the flagship ones. Inside the smartphone is a Snapdragon 888 processor along with 8GB RAM. The Samsung Galaxy Z Flip3 5G is finally using a processor that is not a generation older and that’s good news as the smartphone is powerful and I can play any games that I want on the smartphone. We tried different games including Genshin Impact and of course, it was able to play the game at the highest settings but I notice a few frame drops which is probably because of throttling on the CPU. But thanks to this, the smartphone’s temperatures were good compared to most smartphones with Snapdragon 888. We notice that the smartphone gets warm when playing games but it doesn’t get really hot at demanding times. If you want to know more about the performance, you can check out the benchmarks of the smartphone below:

Thanks to the Snapdragon 888 inside it, we were able to get 5G, WiFi 6E, and Bluetooth 5.2 but having a good processor must be combined with good software to have a really good experience on the smartphone. Thankfully, the One UI 3.1.1 based on Android 11 did really fine. We got here really smooth transitions and of course, apps load fast as expected and the included apps on the smartphone were useful. The Samsung Galaxy Z Flip3 5G also comes with flex mode in where supported apps are taking advantage of the foldable display of the smartphone. This lets you open the apps like YouTube, Gallery, and camera take advantage of the foldable display of the Flip3. With this feature in YouTube, you can use half of the display for the video and the other half for the comments and other information. This is perfect if you place the smartphone in a flat surface and you just want to watch videos on the smartphone. Having a tall display means that multi-tasking on this smartphone would be nice as we can open two apps — one in the upper and another one in the lower half.

Not so powerful camera Samsung didn’t really focus on the camera segment of the smartphone. Just like the previous generation, we got here a dual-lens rear camera with two 12MP shooters. One is a wide-angle for the main camera and the other one is the ultra-wide angle camera. They’ve also used Gorilla Glass DX for the glass of the cameras of the smartphone to capture more light and to avoid reflections so you can have better photos on the smartphone and for the selfies, we got here a 10MP selfie camera that does the job. First, let’s talk about the rear camera of the smartphone. The main camera can really do its job but the quality isn’t on the level of most flagship smartphones in the market. I’ve noticed that the dynamic range in some of my shots doesn’t have the best colors. The ultrawide angle camera of the smartphone might do the job but it’s definitely not on the level of most flagships smartphones in the market. Check out the shots that we took using the rear smartphone. 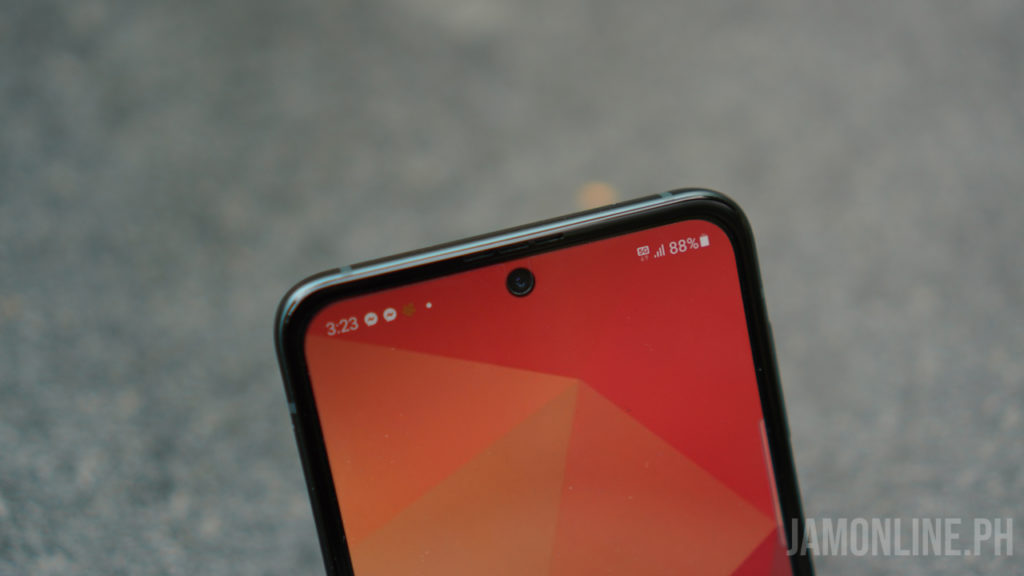 There might be some compromises but it’s definitely hard to find a smartphone like this — a stylish, pocketable, and awesome device that will just cost you Php52,990. So if you’re looking for a stylish smartphone or you really want nostalgia then the Samsung Galaxy Z Flip3 5G is definitely the one for you. As for me, I’m loving it despite the shortcomings in the battery and camera as the smartphone is really portable to the hands and it’s very easy to use. With its added and improved features, the Samsung Galaxy Z Flip3 5G is now for everyone and you’ll definitely love its design and new features. For its price, it’s definitely the best foldable smartphone from Samsung to date.