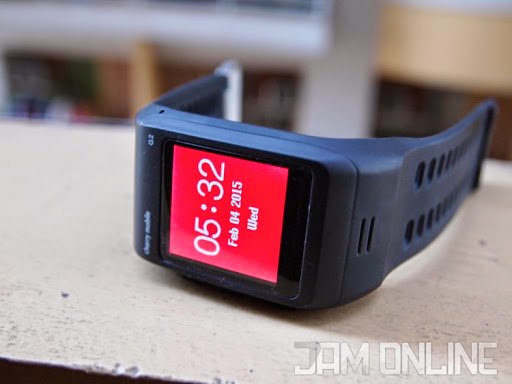 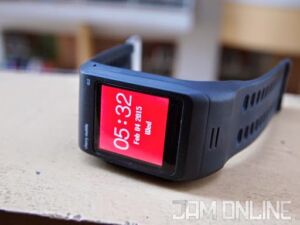 The Cherry Mobile G2 not thin but it’s quite alright for a smartwatch. Compared to the Cherry Mobile G1, this one doesn’t look like a gadget from a Power Rangers and yes, the G2 looks a lot better than the G1. The design is clean however the smartwatch is a little bit thick. 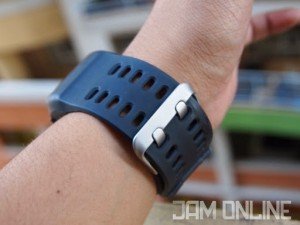 The whole watch is made up of rubber-y like texture and the band also serves as the USB cable of the watch. So if you broke the watchband, you won’t be able to charge it so be very careful with it because once you broke it, you can’t replace it 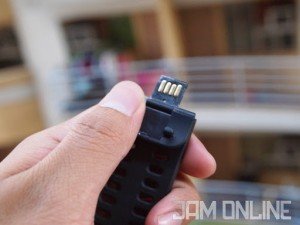 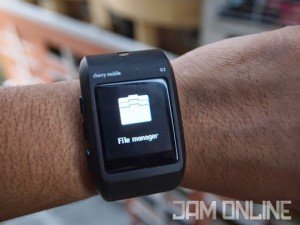 Cherry Mobile G2 will ask you to download btnotifications.apk on your smartphone but you can’t find it on Google Play store however, there’s a MediaTek smart device app that you could also use as an alternative to that app. The connection between the Cherry Mobile G2 and any Android smartphones works pretty well and I didn’t had any problems with it. 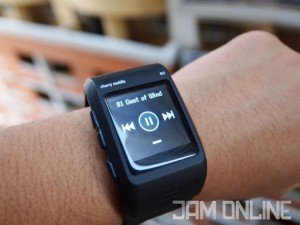 There are a lot of apps included in the Cherry Mobile G2 like remote notifier, camera, music player, step counter, calendar, alarm, calculator, and stopwatch. The remote notifier can show you the latest notifications from your phone and it works pretty well. 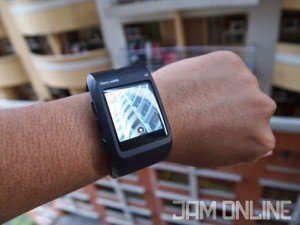 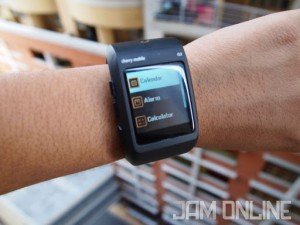 There’s a camera that you can use for taking photos and recording videos. It is placed at the top of the display just like the Samsung Gear 2 however, the image quality isn’t that good and probably the best use of this camera is to use it as a spy camera. 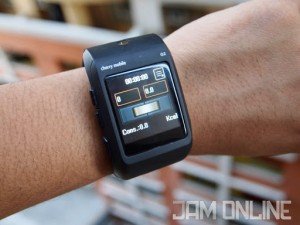 One thing that annoys me with this watch is whenever someone calls me on my phone while the Cherry Mobile G2 is connected, the audio output is in the smatwatch instead on the earpiece of the smartphone. It happens because the smartwatch is connected to the phone and it is detected as a speaker. 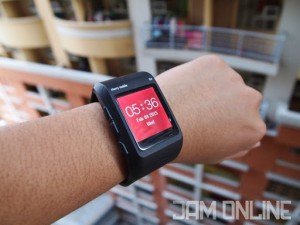