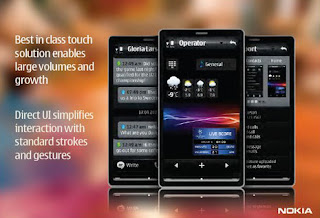 Just found this out a while ago. Yep, another Nokia cellphone which is very tempting like the Nokia N97. More after the jump

There are already 2 phones that the nokia fans are waiting for. Which is the Nokia N97 and Nokia 5800 Xpressmusic. And all of them are touch screen phones. Maybe Nokia wants to compete with apple since apple had sold many iPhone and it is the most popular cellphone in US. Now I’m really confused what cellphone to buy is it Xperia X1, 5800 Xpressmusic?, the Flagship N97?, Samsung Innov8 or this phone?