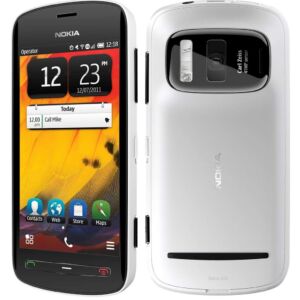 3:30 PM Philippine time, the Nokia MWC event started and they announced some of their newest products in the Nokia lineup 2012 and one device catches the attention of almost all viewers. The Nokia 808 Pureview. Why is it? The phone rocks the same Symbian OS and the good’ ol’ 4″ nHD screen. Here’s the thing, this phone is equipped with 41 megapixel Carl Zeiss camera with Pureview technology. That’s not a typo folks, it’s real, that’s 41 not 14 and it is pronounced as forty-one. It features a large, high-resolution 41 megapixel sensor with high-performance Carl Zeiss optics and new pixel oversampling technology. Pretty awesome right?

Yes, even I was shocked when I heard that the Nokia 808 Pureview would have a 41 Megapixel camera. Even our camera doesn’t even reach that high. But boys and girls, the quality of the image doesn’t rely on the megapixel alone. It is on the sensor and other sh*tty stuffs inside the camera. Anyway, to enlighten you guys here’s a post that might educate you by Alexei Rivera of thetechnoclast dot com 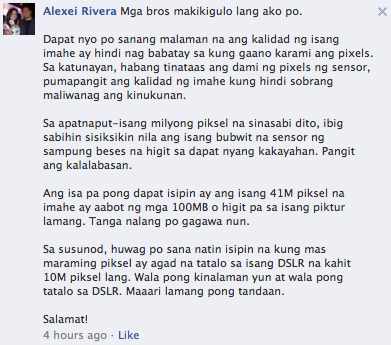 Here’s a press release for more information regarding the Nokia 808 Pureview:

The Nokia 808 PureView features a large, high-resolution 41 megapixel sensor with high-performance Carl Zeiss optics and new pixel oversampling technology.  At standard resolutions (2/3, 5 and 8 megapixels) this means the ability to zoom without loss of clarity and capture seven pixels of information, condensing into one pixel for the sharpest images imaginable.  At high-resolution (38 megapixel maximum) it means the ability to capture an image, then zoom, reframe, crop and resize afterwards to expose previously unseen levels of details. With superior low-light performance and the ability to save in compact file sizes for sharing in email, MMS, and on social networks, the Nokia 808 PureView makes it possible for anyone to capture professional looking images in any conditions.

In addition to superior still imaging technology, the Nokia 808 PureView, also includes full HD 1080p video recording and playback with 4X lossless zoom and the world’s first use of Nokia Rich Recording.  Rich Recording enables audio recording at CD-like levels of quality, previously only possible with external microphones.  The Nokia 808 PureView also features exclusive Dolby Headphone technology, transforming stereo content into a personal surround sound experience over any headphones and Dolby Digital Plus for 5.1 channel surround sound playback.
“Nokia PureView imaging technology sets a new industry standard by whatever measure you use,” said Jo Harlow, executive vice president of Nokia Smart Devices.  “People will inevitably focus on the 41 megapixel sensor, but the real quantum leap is how the pixels are used to deliver breath-taking image quality at any resolution and the freedom it provides to choose the story you want to tell.”

Well, I’m not amazed until I’ve tried this phone.