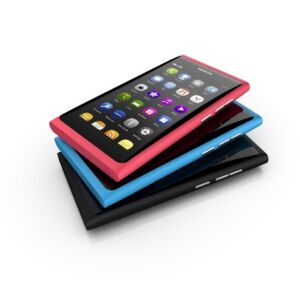 The twin brother of the Nokia Lumia 800, the Nokia N9 was finally launched here in the Philippines. It was last Wednesday when Nokia Philippines launched their newest flagship phone. The Meego OS, the buttonless screen and the scratch-resistant curve glass are just some of the interesting unique features of the Nokia N9. I know, some of you might be thinking what Meego is. It is just a brand new OS from Nokia which they decided to dump in favor of the more powerful Windows Phone 7. If you ask me about the WP7 OS. Yes it is great. The ecosystem was excellent but they need more apps and games to fill in the marketplace, especially the free ones. Anyway, back to Meego. I haven’t tested the Meego personally (Yep, I missed the launching because of my Calculus class). All I can say is that the OS is dead on arrival. Nokia killed it already. If you want a lot of apps and games then I don’t recommend this one for you. But if you’re a camera junkie, the 8 megapixel Carl Zeiss lens won’t fail you. It has a better aperture than the iPhone 4S. Anyway, if you want to pre-order a Nokia N9 just visit this link.