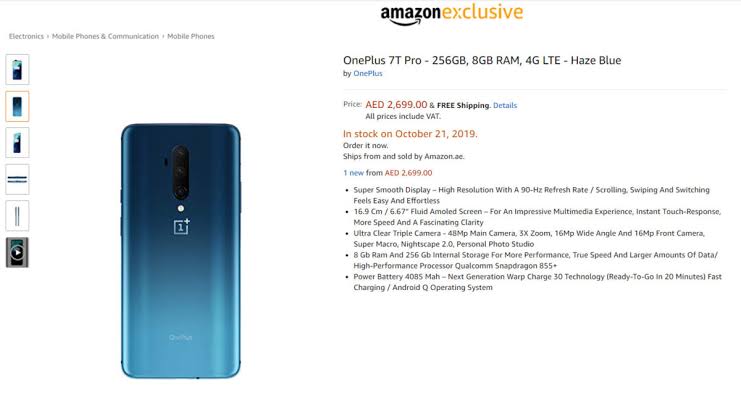 There is a OnePlus event scheduled on October 10, 8:00 PM London time. We’ll have to wait for OnePlus’ official announcement and pricing of the most awaited OnePlus 7T Pro.