OPPO Philippines has finally launched their most awaited smartphone this year — the OPPO F5. The smartphone is a big change compared to their previous smartphones as the OPPO F5 features a new design with a large 6-inch Full Screen display on the front with on-screen buttons and also placing the fingerprint scanner of the smartphone at the back. Just like the previous OPPO smarphones, the OPPO F5 will be selfie-centric but this time the smartphone will feature A.I. Beautification which is basically better than most beautification that I’ve tried on a smartphone. My selfies and skin tones are better compared to other smartphones. Another notable feature of the OPPO F5 is the large-6 inch display with FHD+ resolution. The display aspect ratio of the smartphone is 18:9 that’s why it’s more ergonomic and narrower but still big compared to most smartphones. 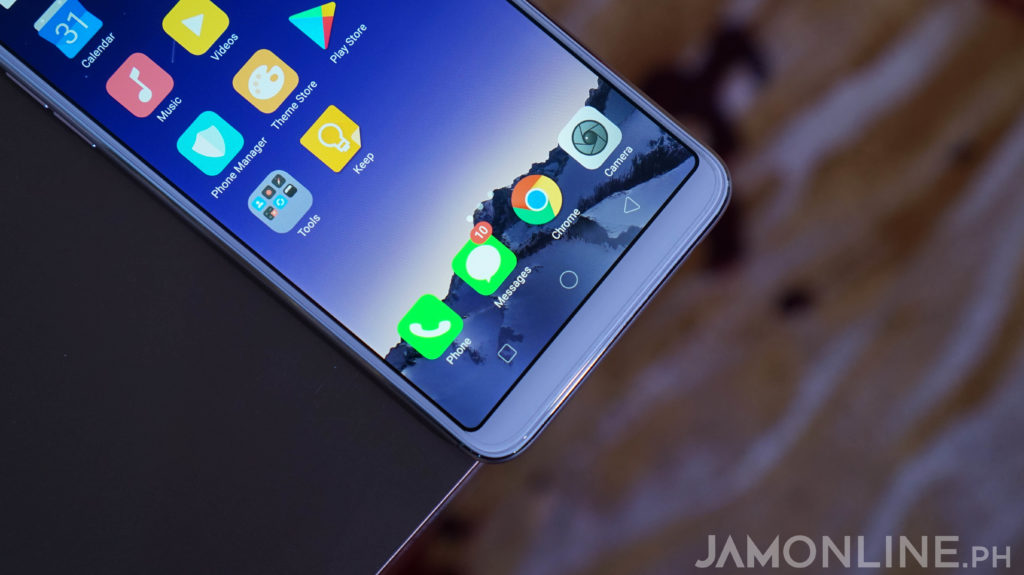