OPPO F5 is the latest smartphone from the Chinese company and it’s a big change to the OPPO smartphones as the smartphone now packs a 2017 flagship-ish design as the OPPO F5 packs an 18:9 bezel-less design and also an A.I. Technology inside. So what do I think about the smartphone? Check it out in our review below. 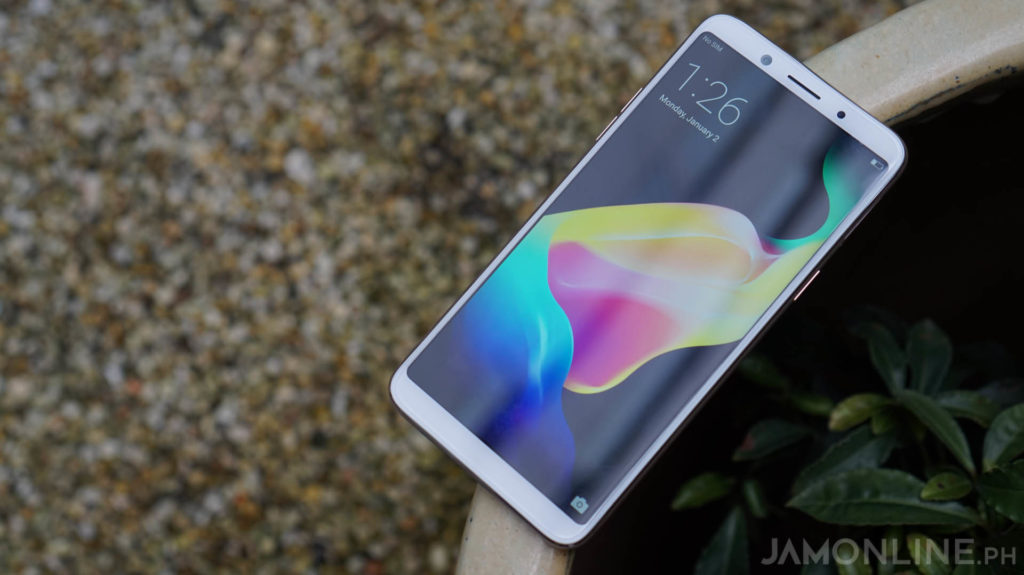 The all-new OPPO F5 now features a better and new design. It’s now taller and more ergonomic thanks to its 6.0-inch FullView screen with an 18:9 Display Aspect Ratio which is best for multitasking and reading web pages because you can see more texts at a more ergonomic display. Is it bad? No, it’s actually pretty good for its price range as the OPPO F5 sports an FHD+ resolution which is clear and crisp. Surprisingly, OPPO still hasn’t made a change when it comes to ports as the OPPO F5 still uses a MicroUSB port and thankfully, they’re not following the trend of removing the 3.5mm audio jack on the smartphones. Yes, you might save a lot of space that you can use for battery or other hardware internals when you remove the 3.5mm audio jack but I’m pretty sure that a lot of us Filipinos still love that audio jack. Unfortunately, there’s no fast charging that is present on the OPPO F5. I actually miss the VOOC fast charging technology of OPPO now and I barely see that feature these days on new OPPO smartphones. 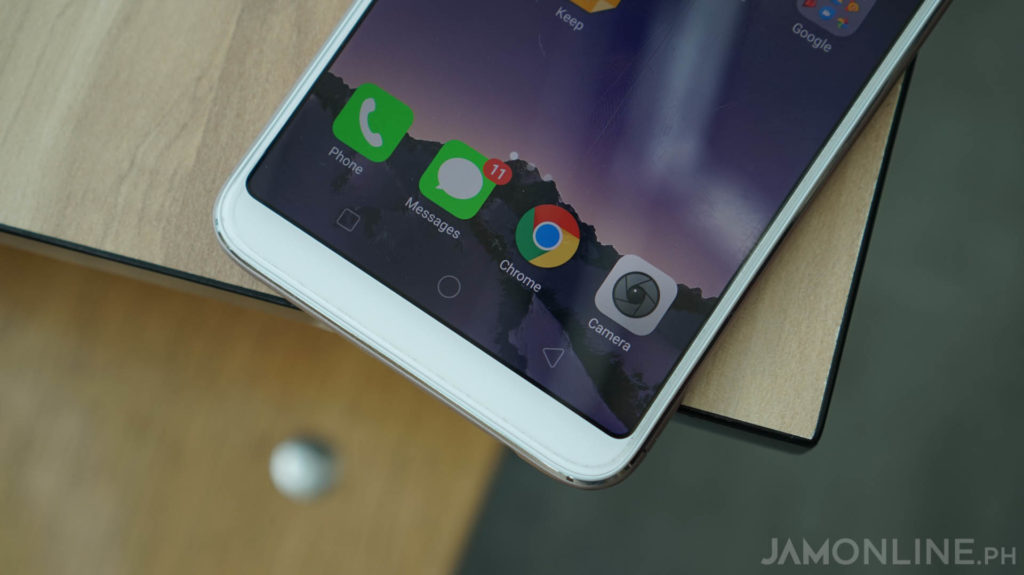 Most OPPO smartphones already have this feature and I’m glad that they didn’t removed it on the OPPO F5. The smartphone still packs a triple card tray which means the smartphone can handle 2 sim cards along with a MicroSD card. No need to sacrifice one of your Sim cards just to give way for the MicroSD. 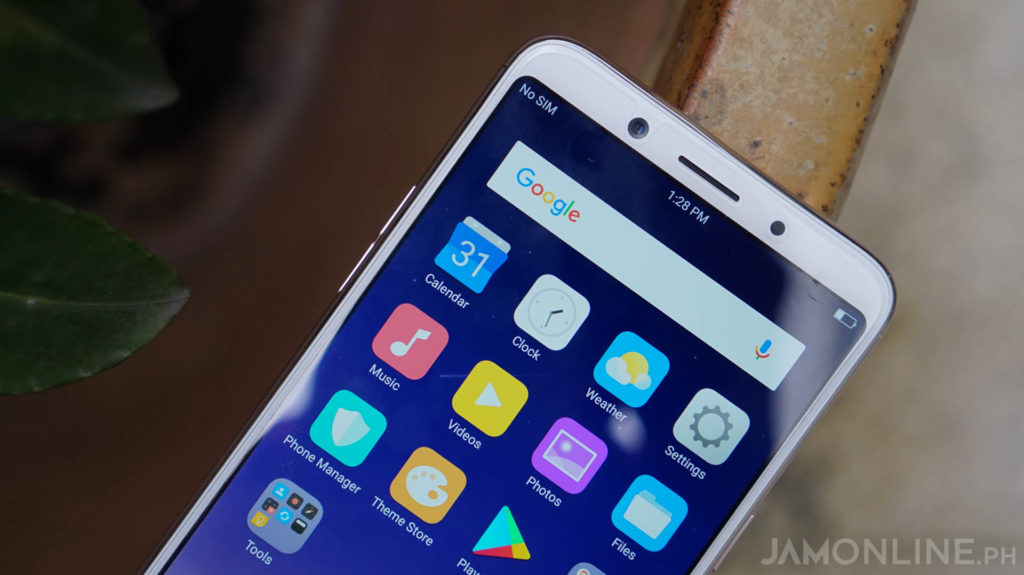 One of the biggest features of the OPPO F5 is its display. The smartphone got a 6.0-inch Full HD+ display with 18:9 display aspect ratio. Again, the display of the smartphone is taller and it feels better than most OPPO smartphones because despite having a large display, the smartphone feels more comfortable to use even on one hand. The colors are pretty good and the display looks great in its price range. It isn’t the best one in the market I’m pretty satisfied with it and the display of the smartphone is very visible even when using outside. Thankfully, it doesn’t have the same cool colors of the other displays of the OPPO smartphones that we’ve reviewed before. 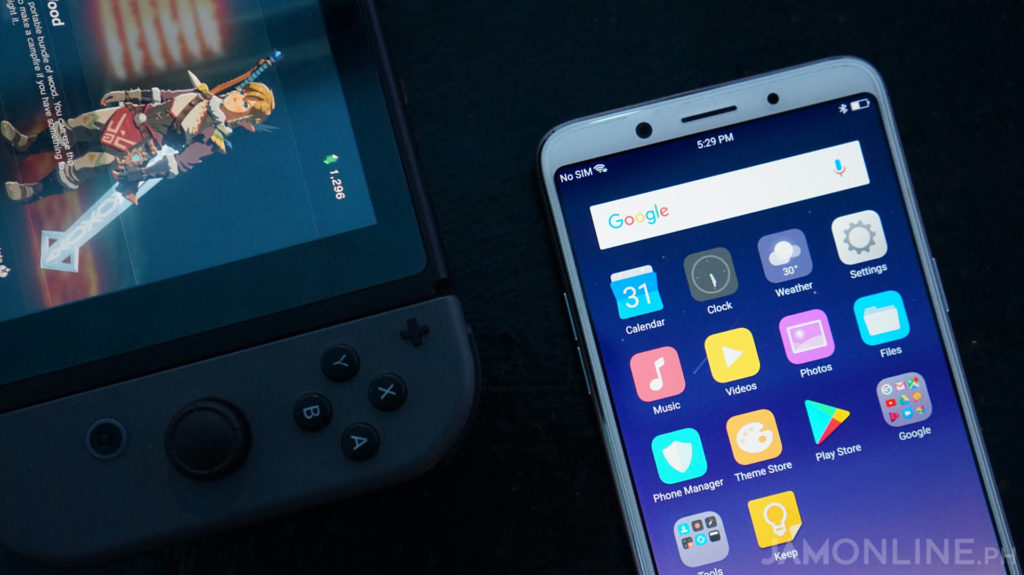 OPPO F5’s performance was surprising. It’s running on MediaTek MT6763T and surprisingly, the performance of the smartphone was great. It can run applications and even heavy games at pretty good framerates. The smartphone can run any games that you put on the smartphone, however, sometimes, you need to adjust the settings of the game to run the game satisfyingly. Best Camera on an OPPO smartphone Here are some of the shots that we got on the rear camera of the smartphone. The OPPO F5 is a solid smartphone. It performs really well in all aspects and I love the form factor of the smartphone as this one is taller which means the smartphone is ergonomic and handy despite its large 6.0-inch display. The resolution of the display was pretty good too as this one has a Full HD+ resolution.