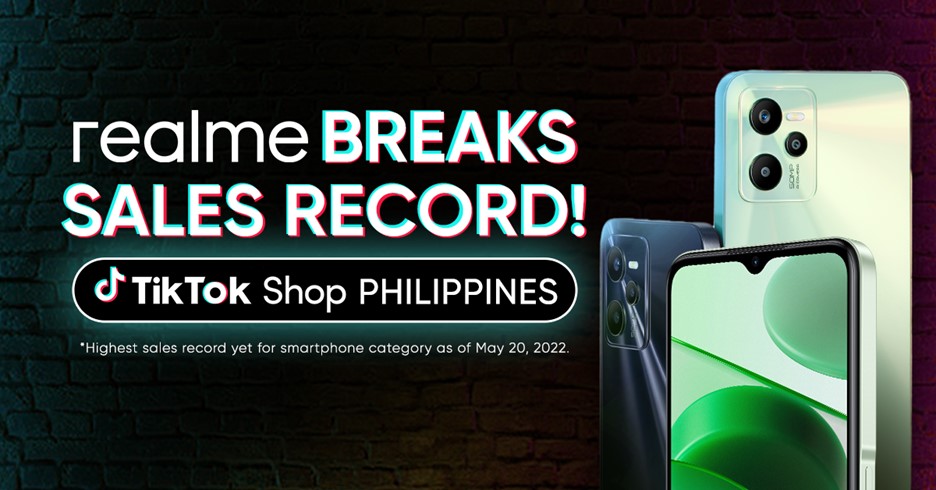 realme proved its dominance as it recently broke sales record on TikTok Shop Philippines with the launch of the C35.

Posting the highest livestream sales in the smartphone category, the realme C35 launched in a chic and classy way. During the five-hour livestream, the brand offered the C35 with the lowest price guaranteed of up to Php2,000 discount.

In case you missed it, the realme C35 is an entry-level smartphone that features 6.6-inch Full HD+ large display, Unisoc T616 processor, 5,000mAh battery with 18W Quick Charge, and a 50MP AI triple camera. For selfies, it has an 8MP Sony IMX355 sensor.