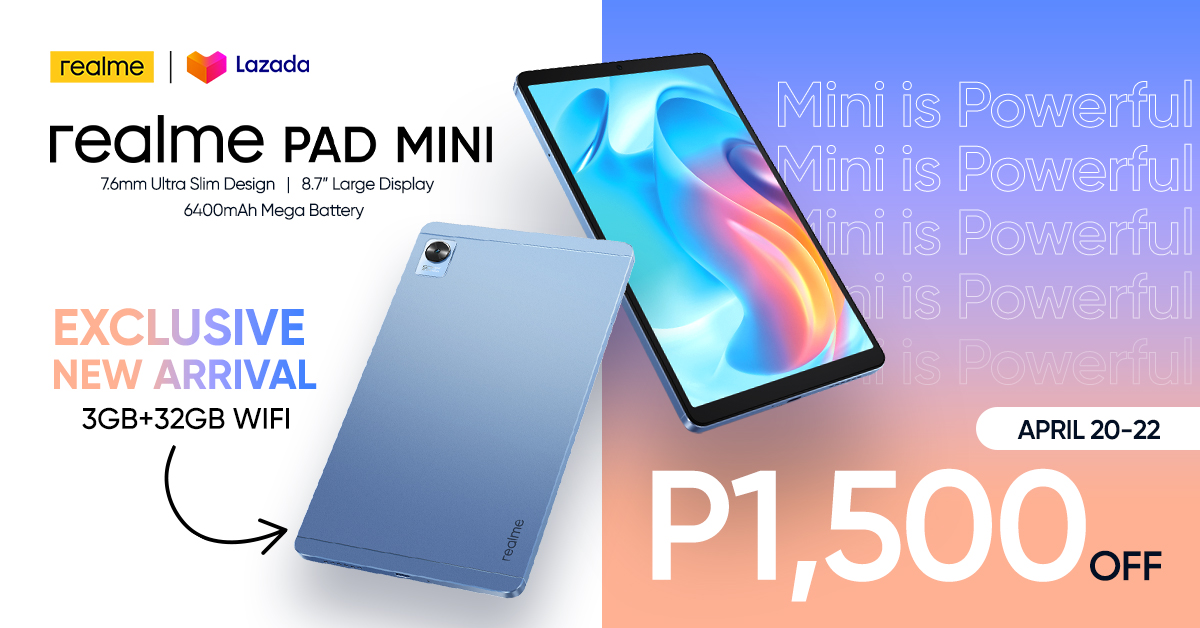 realme is set to offer the 3GB/32GB WiFi variant of the realme Pad Mini in the Philippines on April 20. To make its arrival more exciting, realme announced that it would be available at Php1,500 OFF on Lazada starting from April 20 to April 22.

In case you missed it, the realme Pad Mini sports an 8.7-inch large display with a 7.6mm Ultra Slim Design. Under the hood, it comes with a Unisoc T616 processor, while realme packs it with a 6,400mAh battery to keep it running. The device also supports 18W Quick Charge for longer use.

Other notable features include its memory expansion of up to 1TB and an 8MP ultra-wide rear camera.

Consumers can get the realme Pad Mini 3GB/32GB WiFi for Php8,990 SRP. As an early-bird offer on Lazada, the device will be available for only Php7,490 until April 22.