OPPO Philippines has recently launched the OPPO F3 which is the smaller brother of the OPPO F3 Plus, the smartphone that reviewed before that has a large display, a dual selfie camera, and a pretty good performance. And just like its bigger brother, the OPPO F3 packs a dual selfie camera but this time, it has a 5.5-inch Full HD display and then there’s a different processor because the OPPO F3 packs a MediaTek MT6750T processor. Are you interested in this smartphone made for selfies? Check out our review below.

A smaller F3 Plus

Instead of the unibody metal design of the OPPO F3 Plus, we got a different one on the OPPO F3. Gone are the three lines at the top and bottom of the back of the smartphone and now we have a design similar to the OPPO F1s except that this one has a mix of aluminum at the back. On the front, you can barely tell the difference between OPPO F1s. However, you can easily notice that the smartphone has a dual camera on the front. The smartphone still has that home button that can’t be pressed down similar to the iPhone 7 and the OPPO F3 Plus. Don’t worry, it’s easy to get used to it. The volume rocker and the power button on the sides of the smartphone while you can find the micro USB port, 3.5mm audio jack and the speaker grill below the smartphone. Oh, and before I forgot, the sim card tray of the OPPO F3 can actually handle two nano sims and a microSD card. Yes. No need to sacrifice a Sim card just to use your microSD card. But most of you guys won’t probably need a microSD card slot because the OPPO F3 already packs a 64GB of internal storage The smartphone is comfortable to hold and use and I don’t really have problems using the OPPO F3 as this one has the right curves but I would still recommend you guys to use the included free jelly case out of the box. The OPPO F3 also has a 3200mAh battery which is pretty hefty as I was able to squeeze the smartphone a whole work day of average use and around 10-11 hours of my heavy usage. Those are actually pretty good numbers and sometimes, I don’t even bring my power bank with me anymore. However, VOOC fast charging of OPPO isn’t present on the smartphone which is a bummer. But don’t frown yet because, despite that, it isn’t really a deal breaker for most people unless there are really into IPS display because the display of the OPPO F3 is still acceptable and is still good to the eye. Oh and using the smartphone outside won’t be a problem too.

The MediaTek processor inside the smartphone can play most games without problems including Grand Theft Auto: San Andreas and also NBA 2k17. However, if you want to play the smartphone on the highest settings on some 3D heavy games, then you might not be able to play that nicely on this phone. It is suggested to play heavy 3D games and mid-high settings. Oh, and I also noticed that the smartphone is getting a little bit warmer after a few minutes of gaming. The OPPO F3 is still running on Android 6.0 Marshmallow with Color OS 3.0. The UI is really good to the eye because I really like its pastel colors and the interface is easy to navigate and easy to learn and yes, there is no app drawer on this one so the first time smartphone users won’t be confused with its UI. However, the smartphone still has some unnecessary bloatware that comes with it. And since we have a spacious 64GB of internal storage on the smartphone, you won’t have a problem installing a lot of games on it. I’ve actually installed tons of games on the smartphone and I still didn’t run out of storage. In case you’re worried about its storage, don’t worry because you could expand its storage via MicroSD even if you’re using dual sim cards. The cameras actually performed well than I expected however it’s not on par with the OPPO F3 Plus. But don’t worry because it is still good. I noticed that the selfies that I took are a little bit overexposed and sometimes my selfies on both dual selfie cameras are brighter than expected. But again, you don’t have to worry about it because the OPPO F3 still performed well. 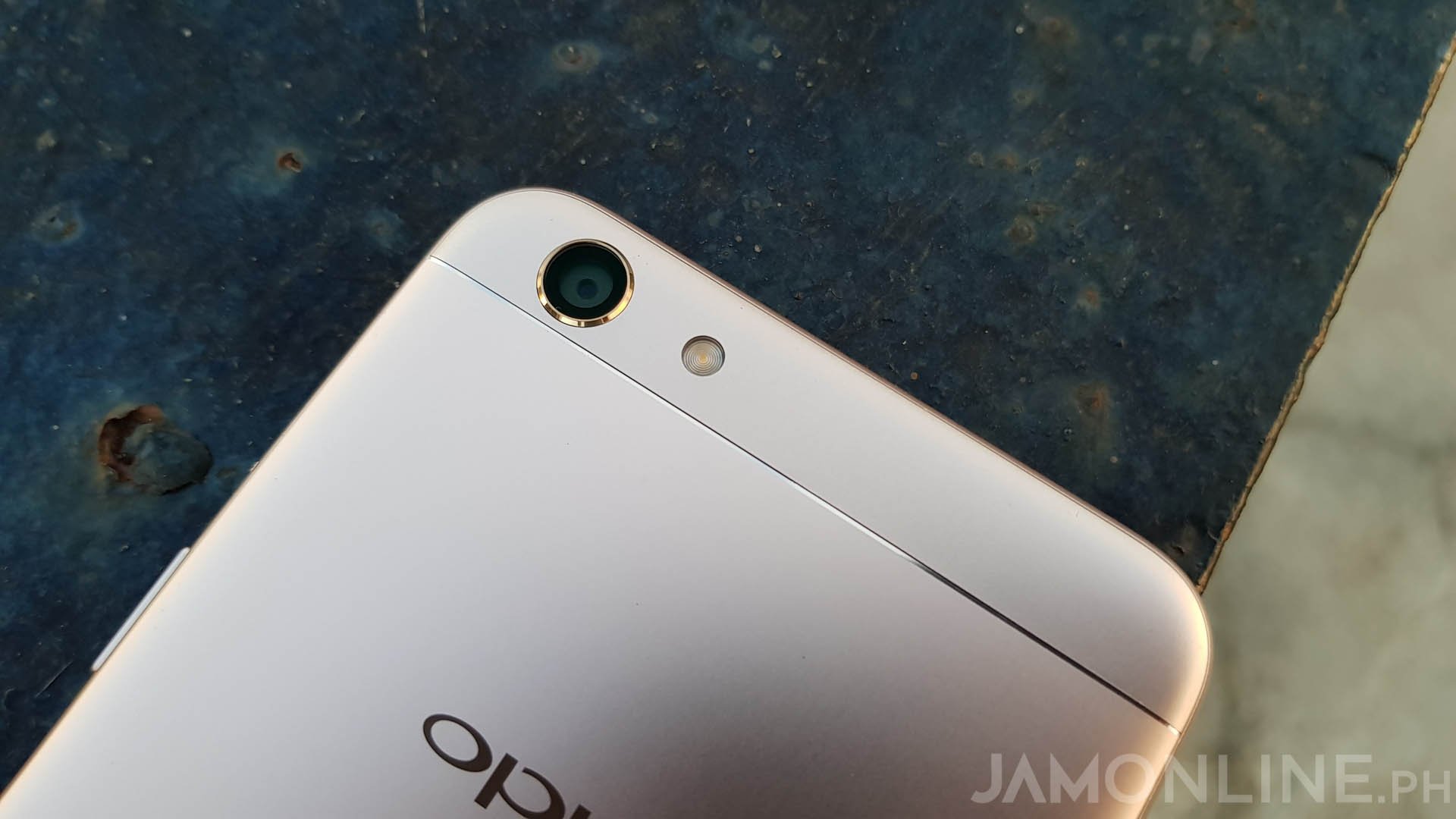 Again, the OPPO F3 does have a good selfie camera and a good experience despite a change of its processor from Qualcomm to MediaTek. However, some of the bummers include the in-cell display, lack of fast-charging, and a slower processor compared to the one on the OPPO F3 Plus.

Overall, the OPPO F3 is still a good smartphone for selfies with a long battery life however, I would highly suggest that you get the OPPO F3 Plus if you can because the bigger brother not only the F3 Plus has a better build, it also has a better performance, larger display, and it can take better photos.

OPPO Philippines is currently having a sale in where you can get the OPPO F3 at a discounted price!

Cabal Mobile: Heroes of Nevareth now live in the Philippines