It’s official! The realme 8 Pro is coming to the Philippines and we’re pretty excited with what we’re getting in here as the realme 8 Pro features 108MP camera with its Samsung HM2 camera sensor that can capture more pixels which gives us brighter and sharper photos in one shot. Aside from the camera changes, the realme 8 Pro now features a smaller and thinner body which is a big design change from the realme 7 Pro. At the back of the smartphone is realme’s slogan in big bold letters. DARE TO LEAP. This isn’t glass but the back of the realme 8 Pro is unique and it’s one of the best unique materials that we’ve seen on a smartphone. It has a matte feeling at the back of the smartphone but it’s light and it isn’t slippery to the hand thanks to its texture. The smartphone is super thin too at 8.1mm thin and it’s very light at 176g. Thankfully, the smartphone still comes with USB-C port along with the headphone jack. And for the fingerprint sensor, we got here an in-display one that works just fine. 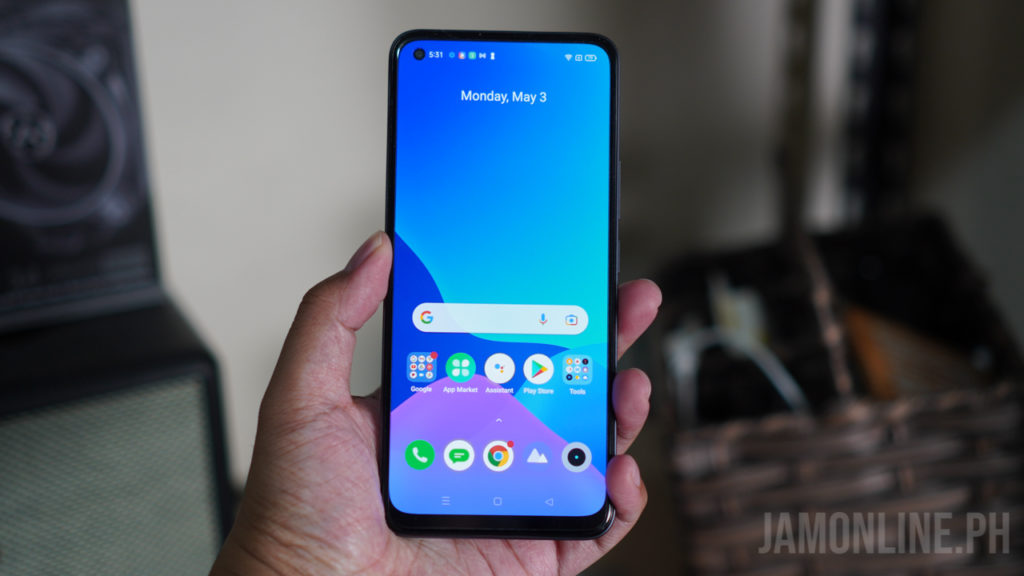 As for the display, the smartphone is still bringing in a Super AMOLED display with up 180Hz Touch Sampling rate to give you a more responsive experience. Unfortunately, the display is still at 60Hz Despite being thin and light, the realme 8 Pro still managed to fit in a 50W SuperDart Charge on the smartphone and also a large 4500mAh battery inside which is pretty good. Honestly, I don’t know why they brought down the charging from 65W to 50W. 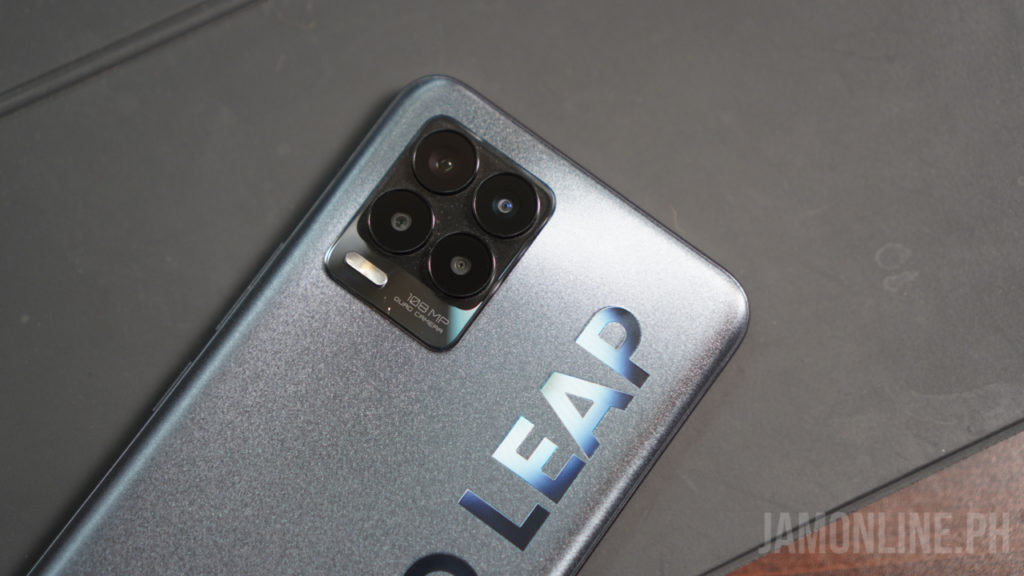 As for the camera, we have here a 108MP primary camera with Samsung HM2 sensor along with the 8MP ultra wide-angle lens, 2MP macro lens, and also a 2MP B&W lens. For the selfies, we got here a 16MP in-display selfie camera. The camera has improved deeply and they’ve also introduced some cool new features for the camera of the smartphone including 9-in-1 pixel binning which combines pixels to give you a better image quality under dim light. We’ll be posting more samples shots and videos once our review of the smartphone is out so be sure to stay tune to our website.