Realme has been aggressive these days with their smartphones ranging from the entry-level Realme C2 up to their best one that is available in the country – the Realme XT. The Realme XT might have the same processor with the Realme 5 Pro which is a Snapdragon 712 but there’s a 64MP quad-camera on this one and man oh man, I did love the camera of the Realme XT. Curious about the smartphone? Check out our review of the smartphone below. Again, the back of the Realme XT is made up of glass and then there’s the protruding camera at the back of the smartphone too which is noticeable. The one that we got for review is the pearl white color and it does offer some effect at the back depending on the light that passes through it. 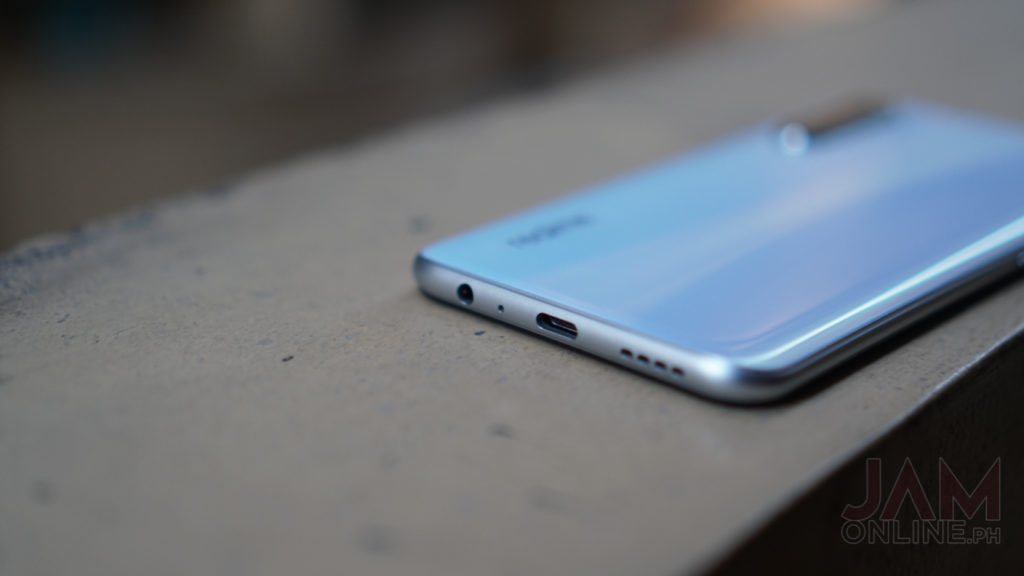 When it comes to buttons, the Realme XT has a perfectly placed power button on the right side and the volume rocker on the other side while the USB-C port is placed below the smartphone and the 3.5mm headphone jack is beside it. Thankfully, they didn’t ditch the headphone jack of the Realme XT. The Realme XT features a 4000mAh battery inside and of course, there’s the support for 20W VOOC 3.0 Fast Charging and in my usage, I can fully charge my smartphone at around an hour which is pretty great already and when it comes to battery life, I was able to get a score of 11 hours and 19 minutes on PC Mark Work 2.0 battery life and yes, that is really good and in my usage, I was able to last from 10 AM – 8 PM on a single day of usage. 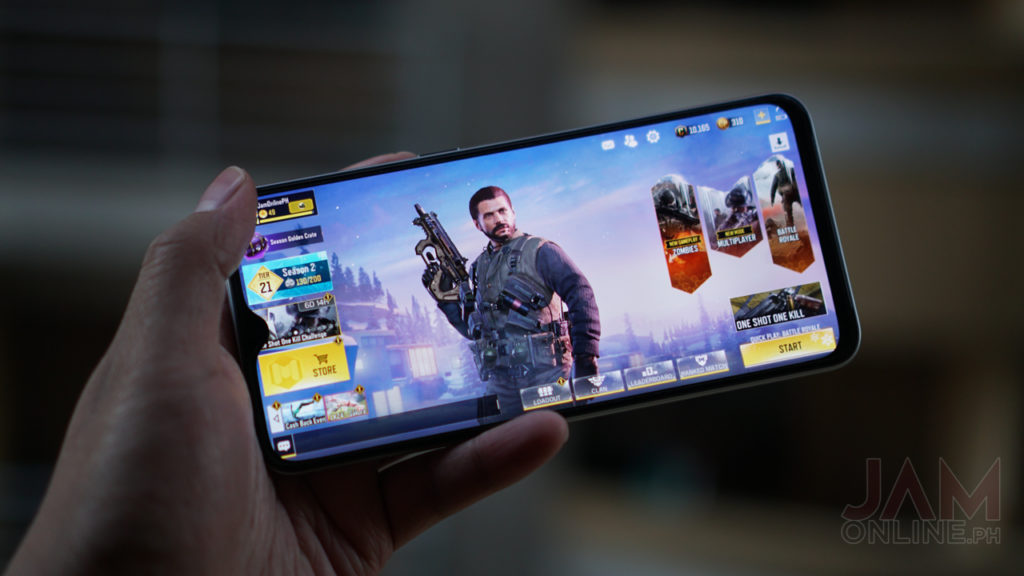 All of Realme smartphone runs on Color OS similar to OPPO smartphones but unlike OPPO, Realme smartphones have a cleaner and more user-friendly look that looks nearer to vanilla Android. The Realme XT runs on Color OS 6.0.1 on Android 9 Pie but like what I’ve said earlier, the Realme XT has a cleaner and better look and the  Color OS is fast. But of course, there are still pre-installed apps on the Realme XT including game center, theme store, phone manager and Lazada. Most of them are useful and none of them really bother me so it’s really fine with me. 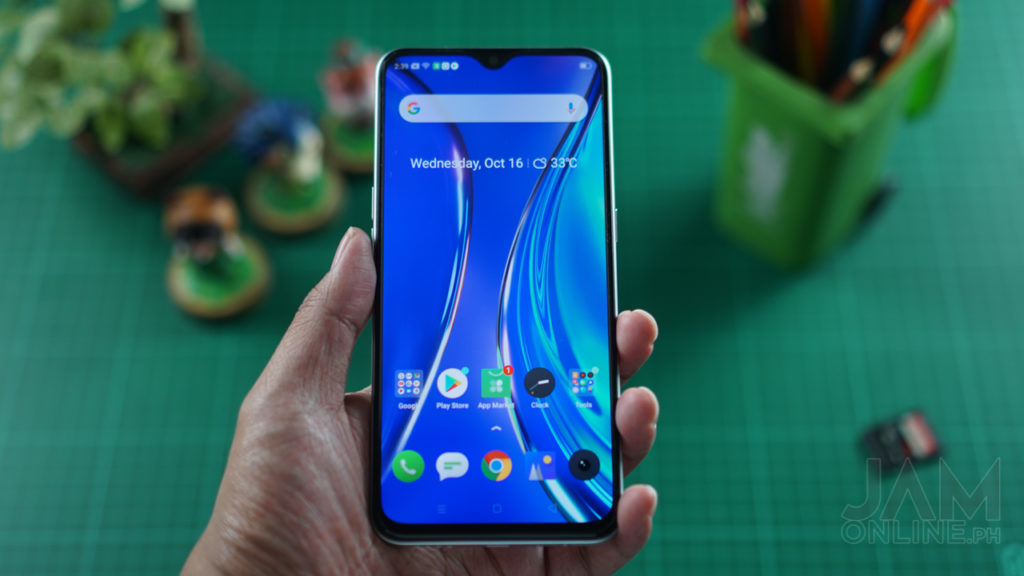 I was not surprised by those scores and those numbers translate to a pretty good performance in real life. Speaking of real-life usage, how does the Realme XT fare in our gaming review? Well, just check out the FPS and FPS stability below. 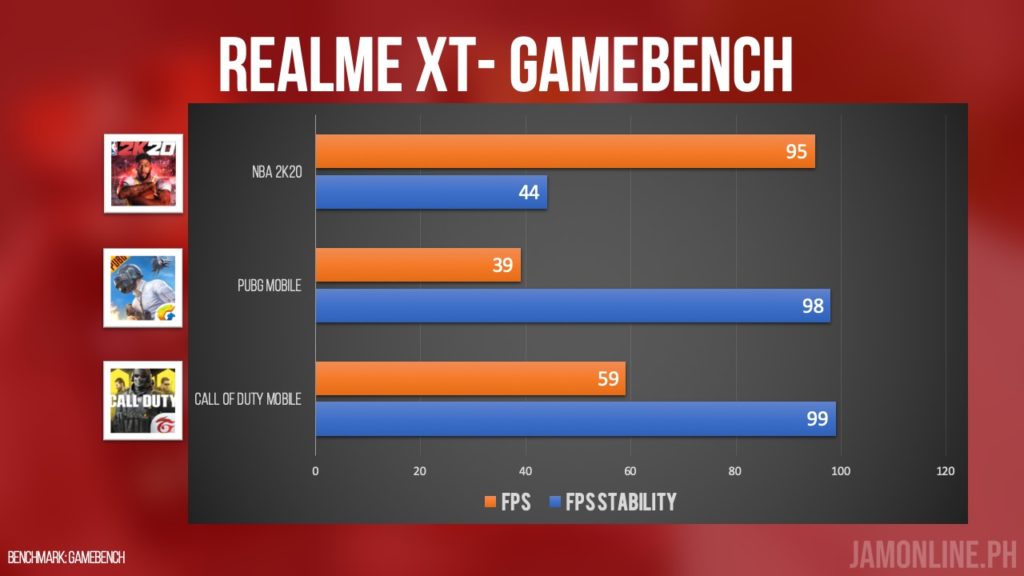 Basically, the Realme XT will handle modern games such as NBA 2k20, PUBG Mobile, and Call of Duty Mobile just fine but of course, you can experience better gameplay if you turned down the graphics on these games a little bit. The ultra 64MP will give you more detailed shots but it does sacrifice the lighting a little bit and binning it to 16MP helps in producing better photos. Almost all of the photos that I got were good and the colors are really nice. In night mode, I noticed that it gets a little too vivid but the low light performance of this one is still amazing.  Check out the shots that we took using the Realme XT

When it comes to selfies, I was actually surprised that the Realme XT can capture selfies really well even at lowlight conditions. I’m not saying that it’s perfect but it can get the details done on selfies despite having only a little lighting. 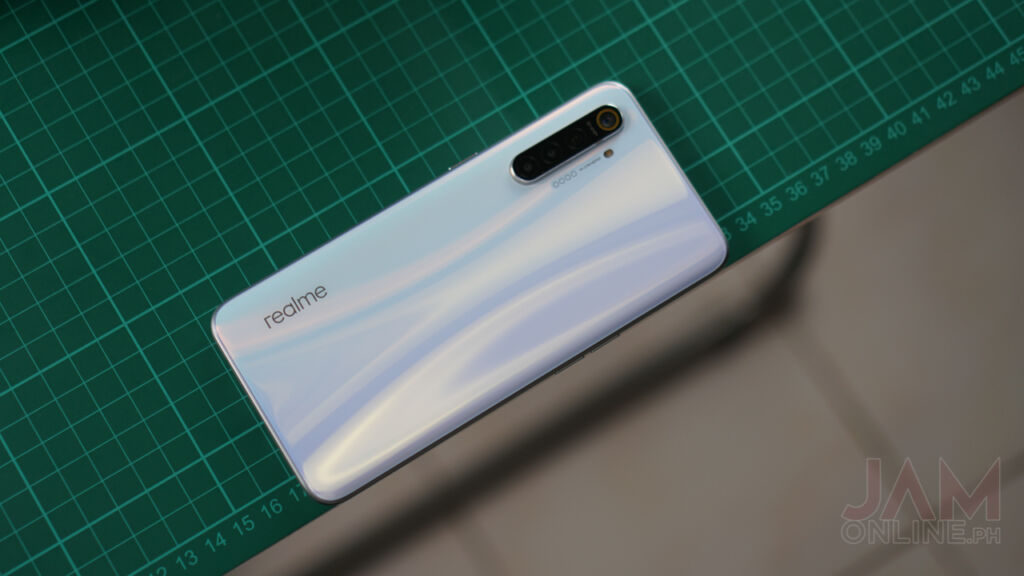 Realme XT is a great smartphone. First, the design and build quality of the smartphone is really good. Second, the battery life is really well on this smartphone and there’s the beautiful AMOLED display that features really good colors. Lastly, the 64MP camera of this one is mind-blowing for a mid-range smartphone. However, the Realme XT still used the Snapdragon 712 processor which is the same processor used by the Realme 5 Pro. It’s not a bad processor but if you’re hoping for an upgrade from the Realme 5 Pro when it comes to performance, well, you might not much of it but hey, we still got a premium build on this one and also a great 64MP rear camera.