The ROG Phone is expected to be coming. Really. I mean there are a lot of companies that are making a gaming-centric smartphone now and with the ASUS ROG Phone, we’re getting best of the ASUS Zenfone and the ASUS ROG brand in a single device. Design of the ASUS ROG smartphone is genuine. It really brings the gaming feel to the smartphone. First, the ASUS ROG Phone packs a design that is unmistakably a ROG-branded device. We have a glossy black back with shiny metallic rims and of course, a ROG design and a dual-lens camera with augmented reality. There are gaming specific features of the ASUS ROG smartphone too including the Air Trigger that lets you have customizable buttons for gaming. However, you have to press hard the Air trigger to activate it but it’s really a helpful feature if you love playing games like Asphalt or any Battle Royale games.

The smartphone comes with a 90Hz refresh rate 1ms AMOLED display. It’s the best AMOLED display in the market and yes, it does support HDR. Having a display like this is really essential especially if you’re playing online games and FPS games. 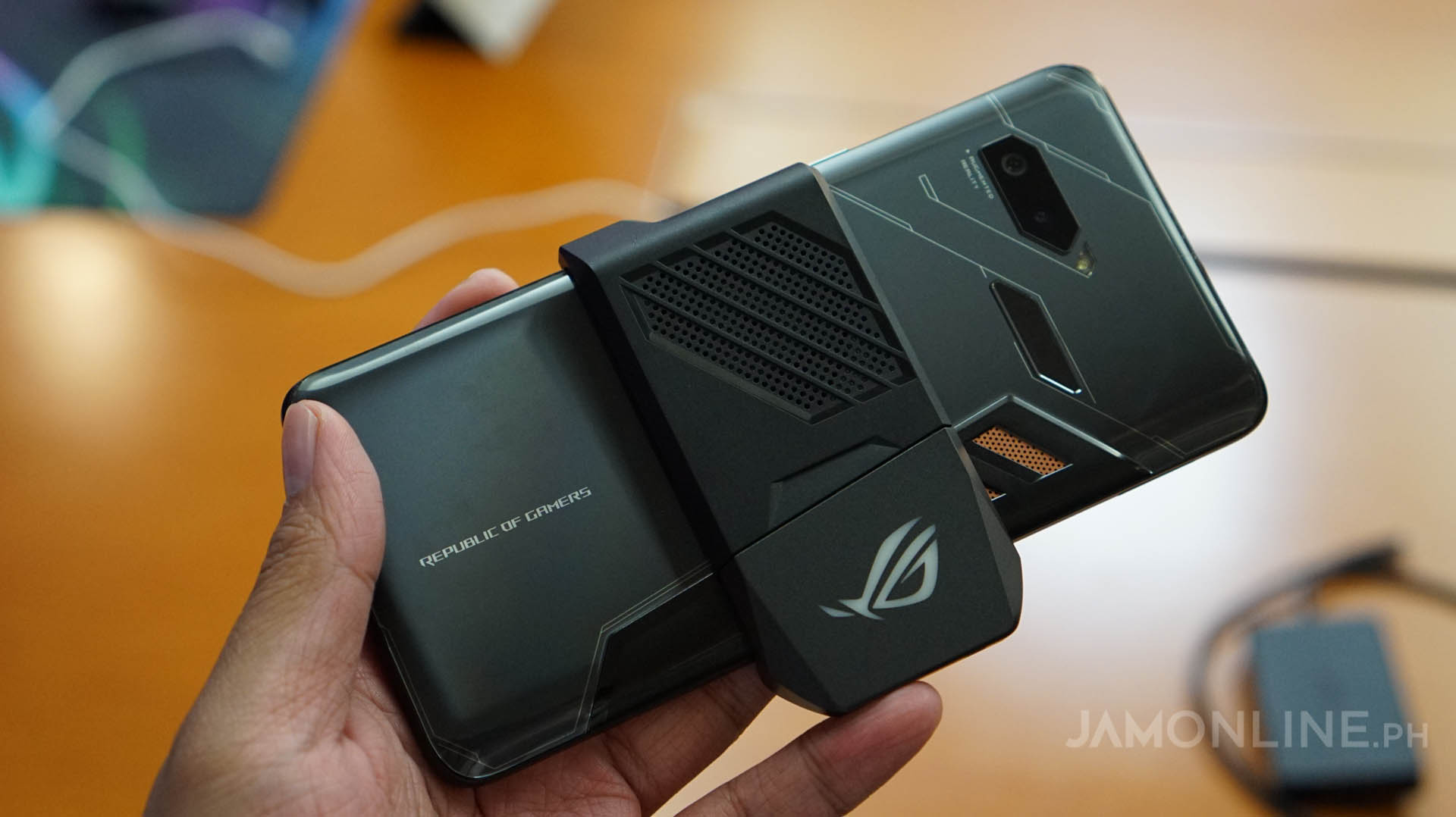 The ASUS ROG smartphone also comes with accessories which are the Twinview dock, retroactive controller, a mobile desktop dock, and a GameVice controller with the ASUS WiGig Dock. For FPS  gamers, they would surely love the mobile desktop dock that lets you dock your smartphone and plug in an external display. Not just that, you can also use a keyboard and mouse on the product so you can play FPS games or battle royale games with an advantage. According to ASUS, the smartphone has the highest benchmarks of all gaming smartphones thanks to its Snapdragon 845 Processor that is specifically made for the ASUS ROG Phone. It’s faster and it’s better compared to the competition.