OPPO wants to change the game with their latest smartphone, the OPPO R17 Pro. It’s their first smartphone to sport a triple lens camera. Not only that, but the smartphone is also capable of long exposure handheld shots which is pretty cool and its one selling features. Interested? Check out our review of the OPPO R17 Pro below. Without a doubt, the OPPO R17 Pro’s color and build is beautiful and solid. It might not have the same shimmering and great ergonomics of the OPPO Find X, but the OPPO R17 Pro is damn beautiful thanks to its radiant mist color and its glass build. However, I highly suggest that you use the included case as the smartphone is a little bit slippery to the hand. Again, the OPPO R17 Pro is really premium when it comes to building quality. The front might look like the OPPO F9 but the smartphone features a frosted glass at the back which they call as the 3D fog glass while the side has an aluminum finish that’s why the smartphone does feel solid to the hand. Unfortunately, the OPPO R17 Pro is missing a headphone jack and there’s no included 3.5mm dongle on the smartphone but thankfully, there are the USB-C headphones included on the smartphone. So if you’re planning to use a wired speaker or other headphones, be sure to buy a dongle first on this one unless it’s a USB-C. Another cool addition on the smartphone is the in-display fingerprint scanner and it wasn’t the fastest one that I’ve tried but it will definitely do. When it comes to audio quality, the OPPO R17 Pro was just fine. It isn’t its best feature but if you’re just listening to music at your small room then the OPPO R17 Pro will be just fine for you. One of the advantages of using the OPPO R17 Pro is the display. Yes, it might look like the OPPO F9 but if you look closely, you’ll notice that the smartphone has better colors and contrasts thanks to the AMOLED display. But that’s not only its best feature as the OPPO R17 Pro features a Gorilla Glass 6 which is one of the first to have this kind of glass. Regarding its brightness, well, the smartphone was quite good when using outside however, I do notice that the smartphone’s display tends to have a slow response in adapting to really bright conditions sometimes. But I believe that this smartphone can be fixed with just a software update. The OPPO R17 Pro features a really damn fast charging tech called Super VOOC which is even faster than the VOOC fast charging of other OPPO smartphones. In my test, I was able to charge the smartphone to 50% from 0% in less than 20 minutes. That’s pretty damn fast.

And when it comes to battery life, the OPPO R17 Pro does fare well in our PCMark battery test. It was able to last a single work day for me and it was a very capable as a daily driver smartphone.

Not a flagship processor

The biggest drawback of this smartphone is its processor. The OPPO R17 Pro is running on Snapdragon 710 processor along with 8GB of RAM. But don’t get upset with that because the Snapdragon 710 just performed well in our usage of the smartphone.

In our test with Antutu Benchmark, we got a score of 168355 which fared well in our expectations. This is our first smartphone to be reviewed with this processor so we’re clueless about its performance before. We also tried PUBG Mobile on the smartphone however, the settings can only be maxed out up to high settings only which is why the FPS on the smartphone is limited only however, the FPS stability was 98% which is great enough. I believe the Snapdragon 710 can even do more and I hope that PUBG Mobile will be updated soon to take advantage of the Snapdragon 710 processor.

Using the smartphone in basic tasks and multi-tasking isn’t a problem. It was smooth and it was a breeze to use especially with OPPO’s ColorOS. Everything was user-friendly and It has most of the apps that you need on the smartphone. And since there’s a tiny notch at the top, most of the content on the screen isn’t blocked. A camera made for night shots The OPPO R17 Pro is just one of the few smartphones to sport a triple lens rear camera. And the OPPO R17 Pro boasts a TOF camera that is made for depth sensing however in our review, we didn’t get to test that much its camera due to the lack of software to test it out however, I noticed that in our portrait mode shots, the depth sensing was a lot better compared to other OPPO smartphones. 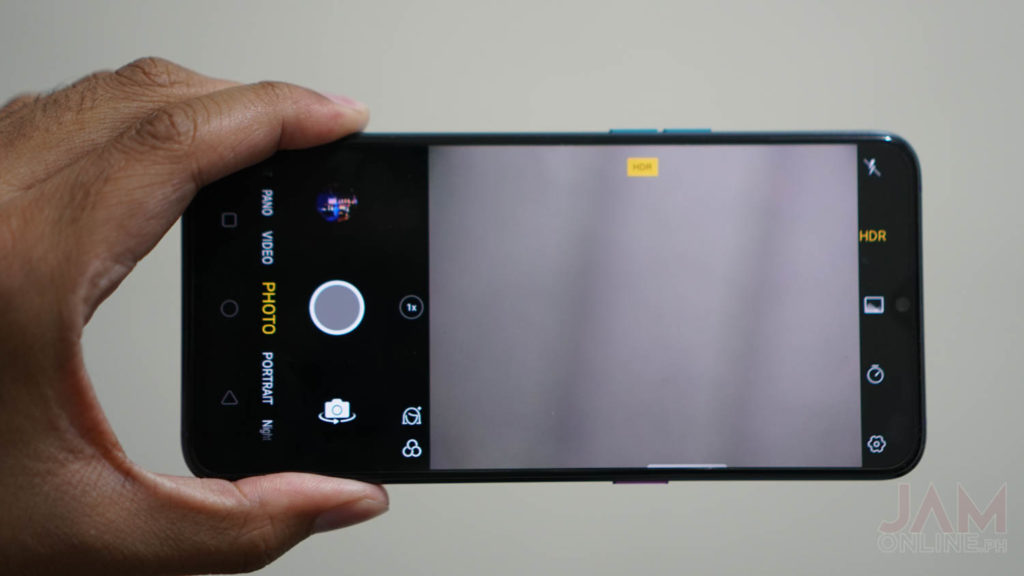 One of the main features of the camera is that the OPPO R17 Pro sports a variable aperture which lets you adjust between f/1.5 and f/2.4 aperture depending on the environment or the condition. This is a feature that we’ve seen before on the Samsung Galaxy flagship smartphones and it works well on the OPPO R17 Pro. The depth of field is noticeably shallower and the night shots were really great on the smartphone.

Speaking of night shots, the OPPO R17 Pro has a night mode in where you can do 4s handheld night shots and it produces bright and vivid images. This feature has been present on the Huawei P20 series before so it’s really nice to see that the smartphone is also capable of this feature.

Overall, I’m pretty happy with its camera. It’s probably the best camera smartphone from OPPO that I’ve tried and I do hope that the company can improve the smartphone’s camera even further. The OPPO R17 Pro is definitely beautiful. The front panel of the smartphone has a tinier notch similar to the OPPO F9 but the display is better than the display of the F-series brother and the design of the smartphone is really premium and it looks even better in person. Some of you might be disappointed with its processor but the Snapdragon 710 chipset can run the smartphone really well but it isn’t as powerful as I expected. The camera? it was really great even for night shots. The OPPO R17 Pro is priced at Php38,990 which is a little bit pricey on your wallets but if you really want its beautiful design and to try out its camera and seize the night then this one will be good for you.