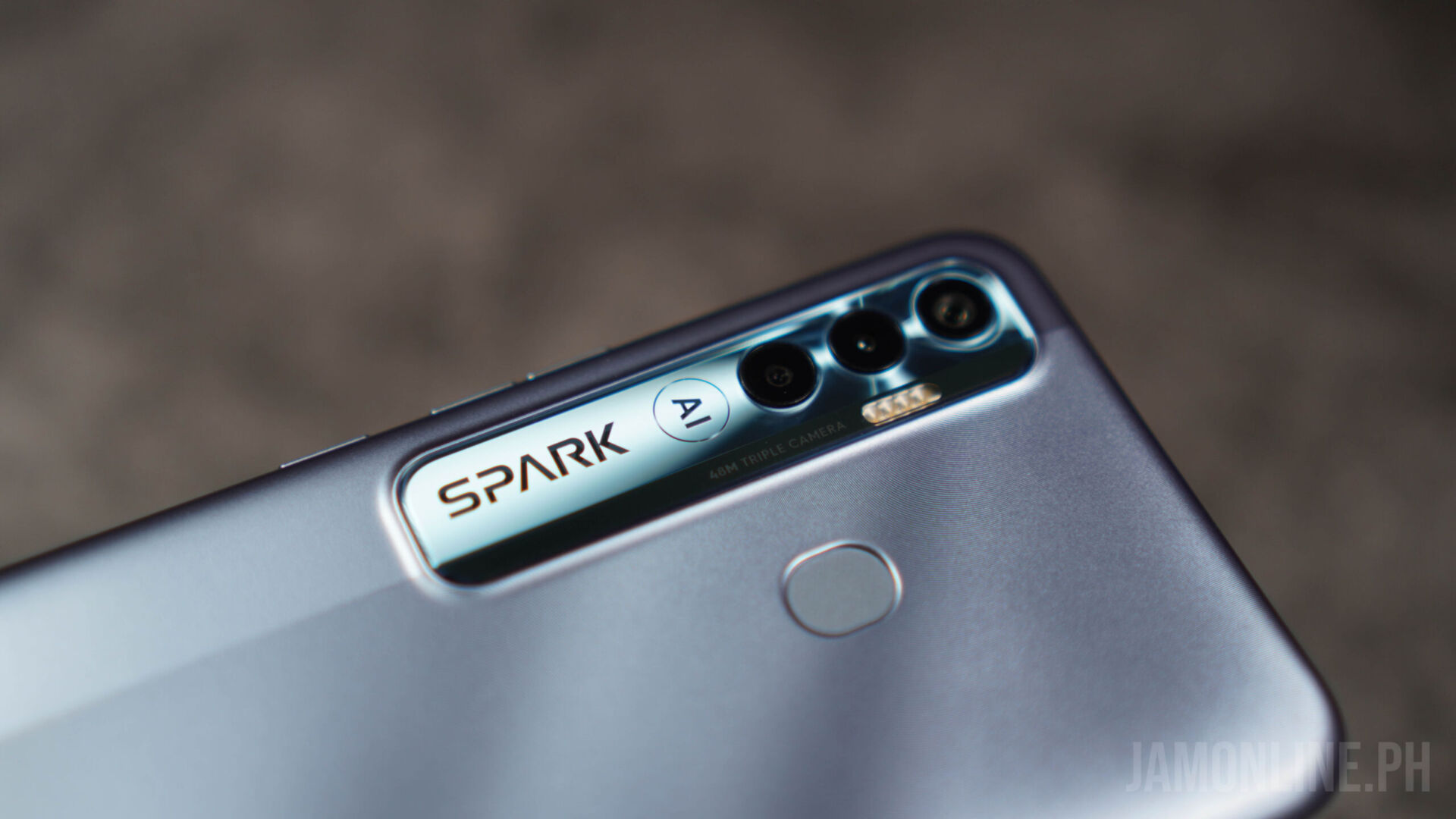 As expected, the smartphone’s body is made up of plastic but it comes with a handy and light design because of its build quality. It’s a textured back and then there’s the large camera module at the back that houses the SPARK logo and the AI logo along with the triple-lens camera and also the LED flash on the smartphone. It’s a clean look and I love the look of it. 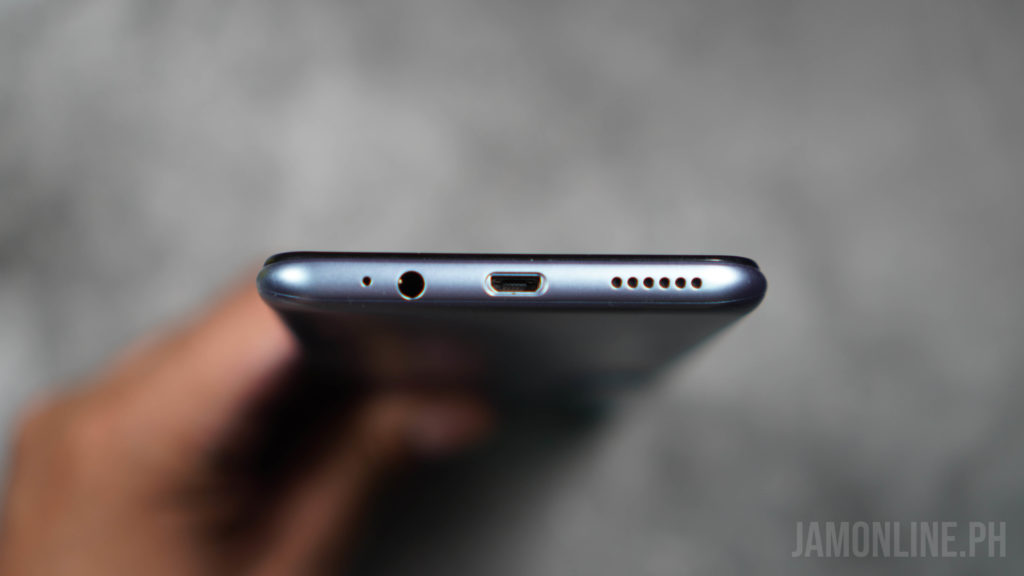 On the right is where we can find the power button and also the volume rocker and below, there’s the micro USB port and also the headphone jack. Unfortunately, it is still using a micro USB port so if you still have the older cables then it’s just fine but it would be a problem if you’re using the newer cables now. 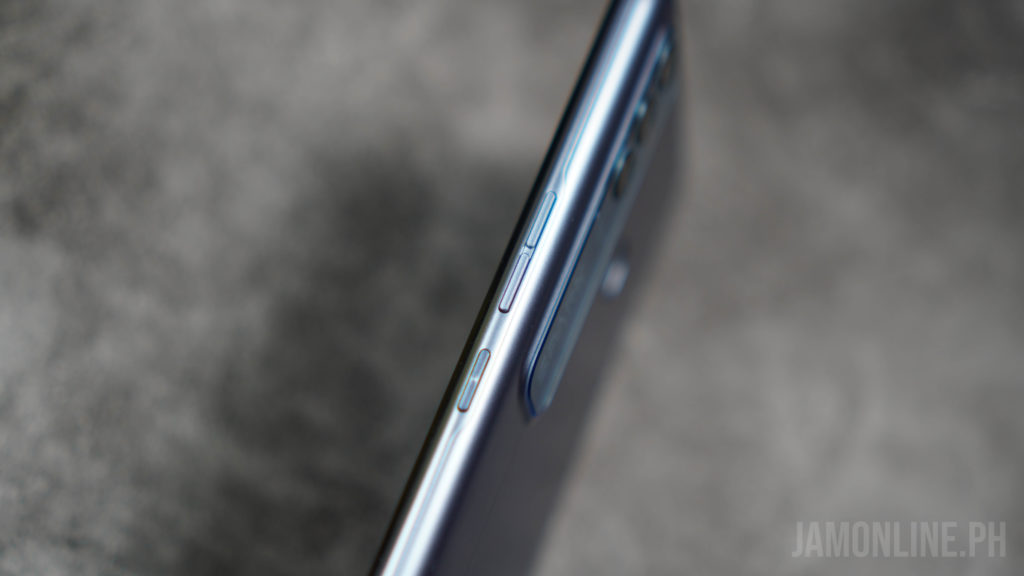 At the back is where we can find the fingerprint scanner of the smartphone but of course, you can use the face unlock if you’re not a fan of it. As for the charging, the smartphone support 10W charging and the 5000mAh battery can manage up to a day and a half on average use or a whole day if you’re a heavy user. Inside the Tecno Spark 7 Pro is a MediaTek Helio G80 processor along with 4GB of RAM. Basically, it will do its job just fine for some basic applications and if you’re planning on playing games that are heavy like Genshin Impact then you need to turn down the graphics settings in order to make it playable but don’t expect too much from the smartphone.

Basically, the smartphone will be able to run most apps and games that you need but of course, be sure to lower your expectations. As for the software, the smartphone comes with HiOS 7.6 based on Android 11 and yes, the user interface wasn’t the ideal one that we’re looking for as it is a little bit messy for my taste but it will definitely do just fine for most Android users. 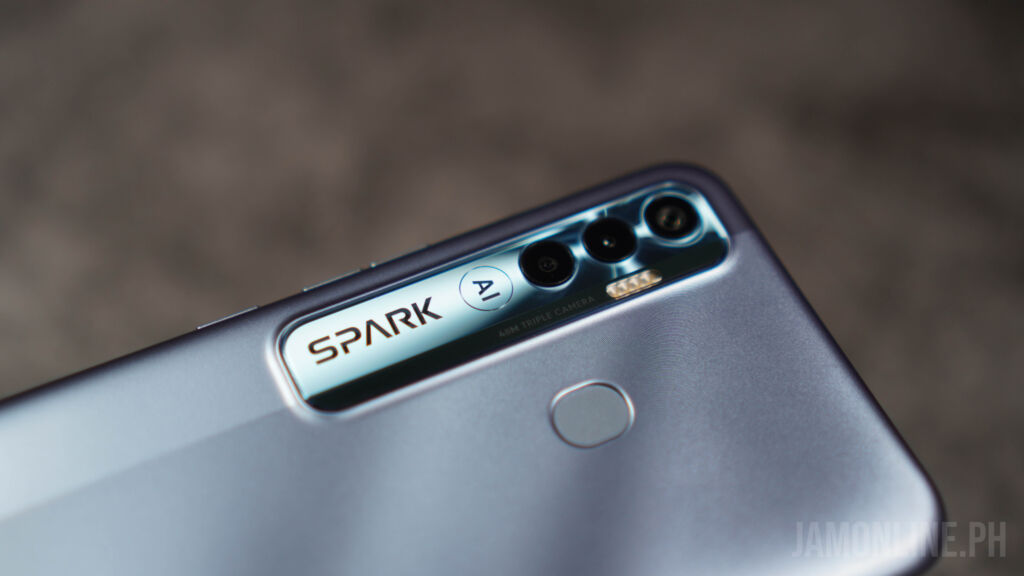 There’s a triple lens camera on the Tecno Spark 7 Pro which performs better than I expected. There’s the 48MP main camera along with two other cameras. Check out the photos that we took using the smartphone:

We didn’t expect that the smartphone would performed better than expected as the colors that we got are fine and it might not be the sharpest one in the price range but it’s definitely good. The Tecno Spark 7 Pro is not perfect. It doesn’t have the most premium build and the software needs improvement but for its price, you’re getting here a decent Helio G80 processor, a 5000mAh battery, and a 90Hz display with a punch-hole selfie camera. That’s pretty good considering the price of the smartphone. The good camera quality of the smartphone was a surprise too and it’s definitely a feature that consumers would definitely love.

IT’S OFFICIAL: HONOR is coming back to the Philippines

ASUS Zenfone 9 will come with 5.9″ display and Snapdragon 8+ Gen 1 CPU