One of the things that people can notice on the smartphone is its design. First, it comes in a stylish and sleek design. There’s the metal sides as well that adds to the premium and solid feel of the smartphone. And then there’s the glass back that changes its colors thanks to the Photochromic design technology of the smartphone, a feature that we haven’t seen on smartphones. For the front-facing camera of the smartphone, it’s a powerful one as the vivo V23 5G features a 50MP dual front camera along with an 8MP camera. This gives you an advantage when taking selfies on the smartphone because not only do you have a front-facing camera that is way ahead compared to other smartphones but this also gives you an ultra wide-angle front camera as well which is great for taking wider photos and videos. The Dual front-facing flash is another feature that is unique to this smartphone and it gives me better portraits shots even at night and even when I’m shooting selfie videos at low light conditions. This gives me flexibility when shooting on the smartphone. 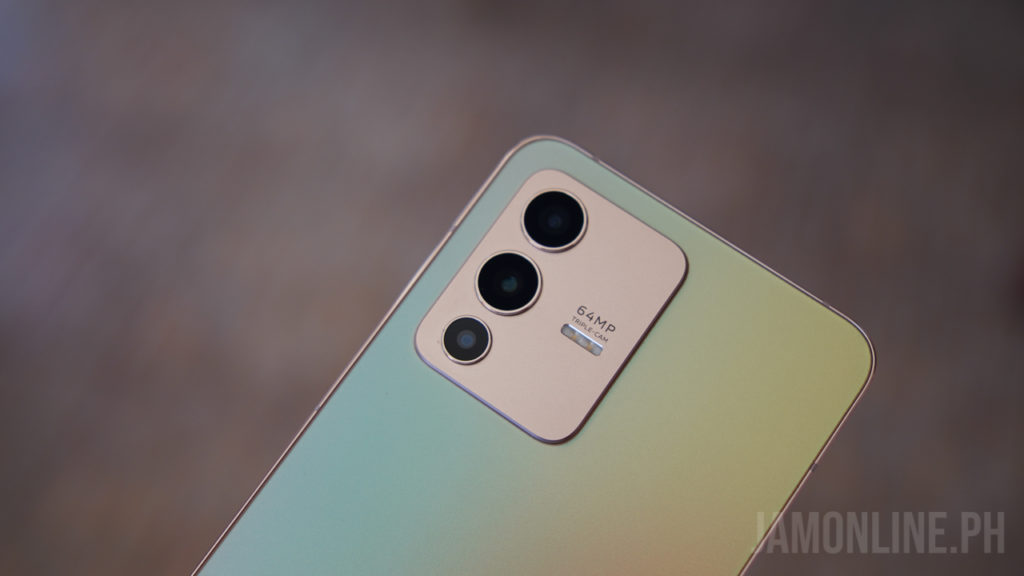 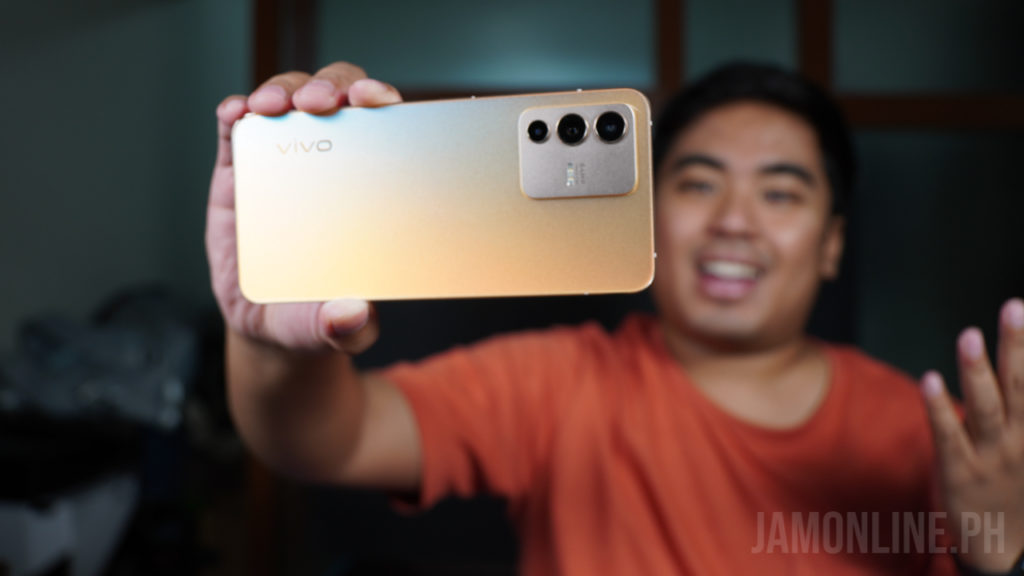 Aside from the camera hardware that we have on the smartphone that performs really well, it is also combined with the camera software with a lot of features. It can shoot portrait shots in different styles and filters, take 4K videos at up to 60fps, and different shooting modes such as pro, double exposure, dual view and more. All in all, the vivo V23 5G offers more than just performance and 5G inside. It also features a camera that is great and the design of the smartphone is another thing to praise. All of these features make the vivo V23 5G great for content creators and for vlogging.