Huawei has been making laptops for a while now and the latest one to arrive here in the country is the Huawei MateBook D 15. It’s a 15.6-inch notebook and it’s quite unique among their notebook as this one runs on the AMD Ryzen CPU inside and we got here a very interesting price for the notebook. 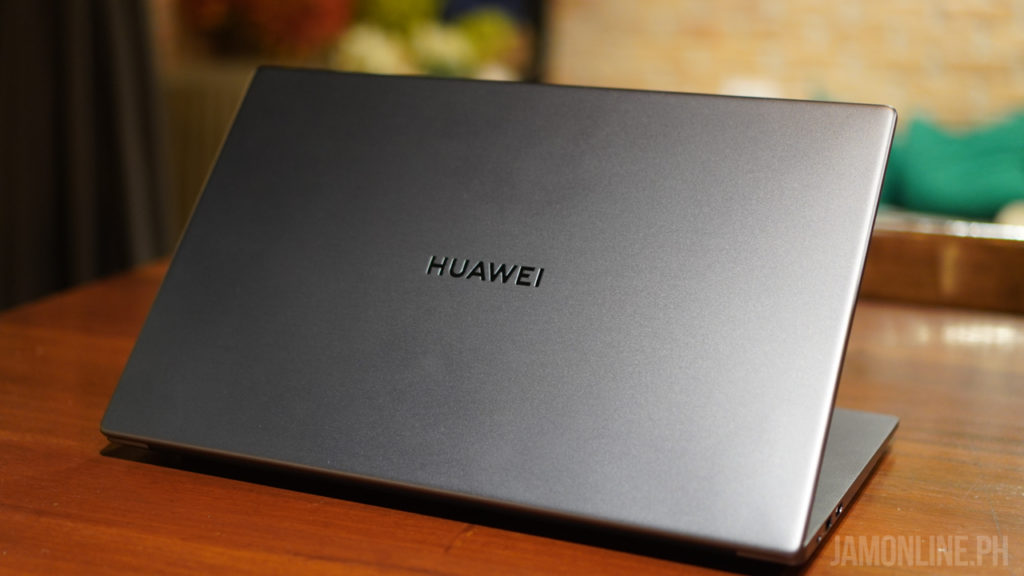 One of the things that I like about the Huawei Matebook D 15 is that we got here a minimalistic design that reminds me of the Macbook Pro. Nonetheless, we still got here a solid all-metal build that makes the Matebook D 15 a sturdy and premium notebook. The Huawei Matebook D 15 has an aluminum finish and the one that we got comes in Space Grey color and it was beautiful and lid of the notebook only shows the Huawei logo which gives the notebook a minimalistic feel. When it comes to ports, we got here a 1x USB 3.0, USB-C and a full HDMI port on the left and also a 2x USB 2.0 and audio combo jack on the right of the notebook. Unfortunately, there’s no microSD or SD card reader on this one so you’ll have to buy a dongle or SD card reader for that matter. 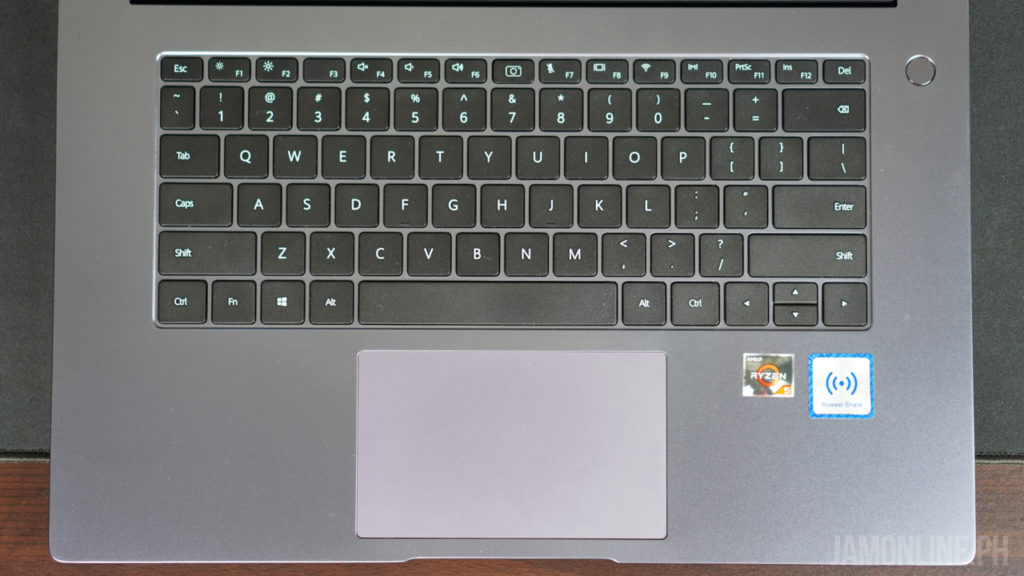 When it comes to the keyboard, the design of the notebook reminds me of the Macbook Pro. We do not have a numpad in here but that’s not really a problem for me. We got here the chiclet-style design and ergonomics and the spacing of the keys are pretty fine. Despite the similarities in the looks of the Macbook, this one has a fine keyboard. The actuation and the tactile feedback might be a bit lacking in the notebook but it’s still quite fine for me. One of the main and unique features of the Matebook is the recessed camera of the notebook that is hidden in the keyboard. It comes with a spring-based pop-up camera on the keyboard and its placement is kinda weird as the webcam will have a weird angle whenever you want to stream or use it for video chat. The quality of the camera isn’t the best one but it will do just fine for normal video calls. One of the things that we didn’t like in the notebook is battery life. There’s the 42Wh battery life on this one and our experience with the battery life is really not that good compared to the Intel counterparts of the notebook. We’re able to last up to 3-4 hours of usage on browsing the internet and also the brightness at 50%-75%.  However, if you can turn down the brightness, even more, you could last up to 4-5 hours in this notebook. 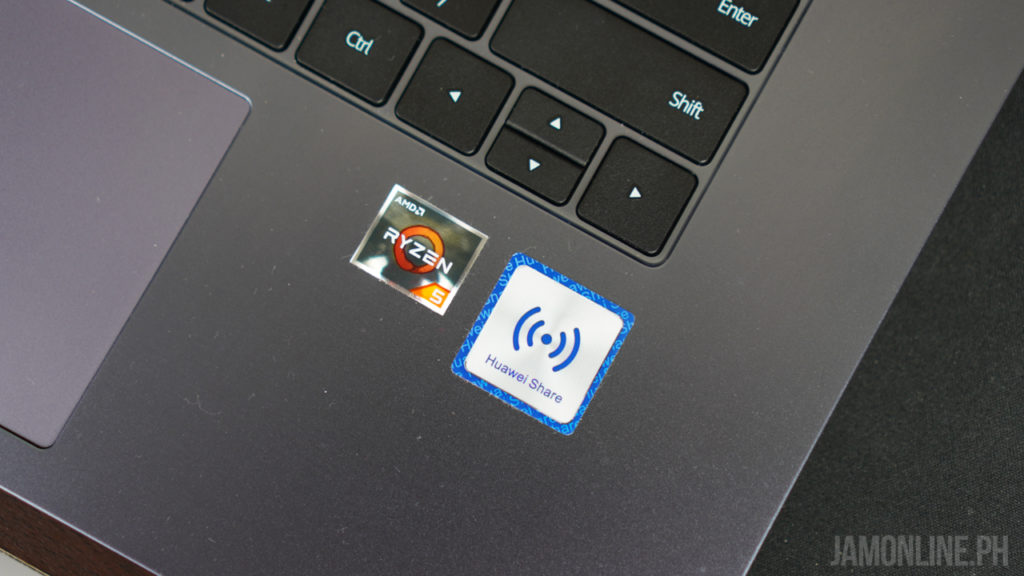 Again, one of the unique features of the Huawei MateBook D 15 is the Ryzen 5 3500U processor which is known to have shorter battery life and also hotter thermal compared to the Intel counterparts. Yes, it’s enough for most basic tasks and applications whether you want to use it for office or for schoolwork. In gaming, this notebook can do some casual and light games. Inside the notebook is a 1TB HDD and also a 256GB SSD and boy, it’s very fast and we’re pretty impressed with the SSD of this notebook thanks to the Samsung NVMe SSD inside this one and then there’s the Seagate 1TB drive too. Check out the CrystalDiskMark benchmarks on the disks of the notebook:

When it comes to gaming, the Huawei Matebook D 15 can do a little bit of that. We were able to run some games including Cities: Skylines and even Resident Evil 2 (2019) on the Huawei Matebook D 15 but don’t expect too much power on this one. Yes, it was able to run on this notebook but no, this isn’t a gaming notebook and you have to turn down the settings in order to play the games in enjoyable settings. This isn’t the first Windows notebook from the company but we definitely loved how clean the notebook is when it comes to software. There’s not much pre-installed software on the Huawei Matebook D 15 but there’s the PC Manager in where you can update the drivers of your notebook And then, of course, there’s the Huawei Share that works like Airdrop from Apple but this one is actually better as you can send files from your selected Huawei smartphones to the notebook by just tapping the smartphone to your notebook. Not only that, but you can also mirror your smartphone’s display to the notebook which is pretty handy and really productive. The latency was quite good too however, this is limited to selected Huawei smartphones. Despite that, the Php37,990 price tag of the Huawei Matebook D 15 is definitely something to look at and it’s very interesting to have this notebook in its price range and the notebook has definitely shaken the market at that price segment. Despite its flaws, the Huawei Matebook D 15 is pretty good for its price thanks to the premium design and also the fast memory of the notebook.

If you’re looking for a notebook at the Php30,000-Php40,000 price segment then you might want to take a look at the Huawei Matebook D 15 that offers a premium build with a capable processing power that is enough at school and at work.