For the design, it’s very much similar to the previous realme smartphones but this time, we’re getting here a cleaner look as the fingerprint scanner has been placed in the power button of the smartphone that can also unlock the smartphone fast enough for my liking. 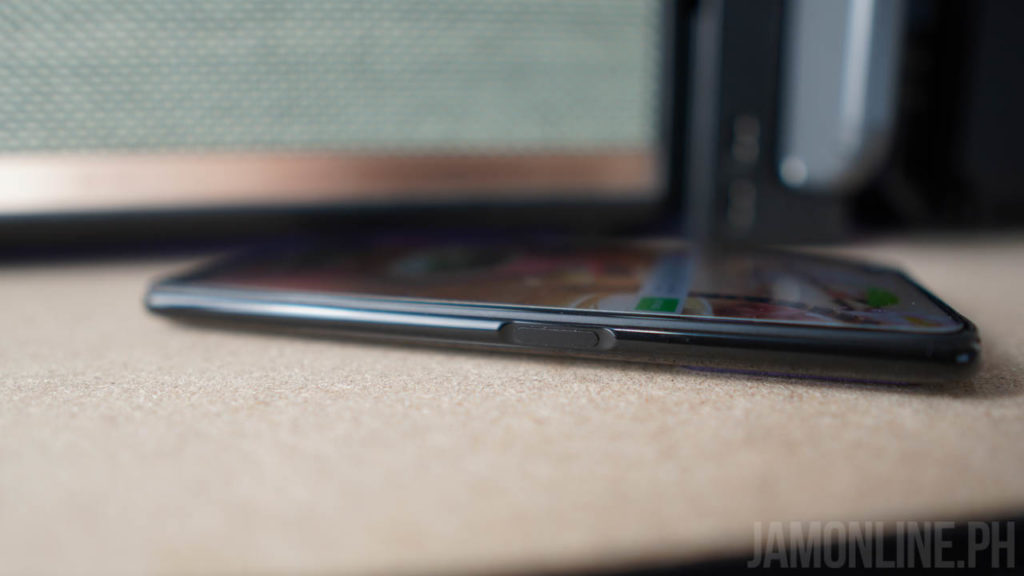 For the ports, the realme 6 Pro got everything that you need. We have here a USB-C port that supports 30W fast charging that can charge your smartphone really fast and then there’s the 3.5mm headphone jack which is a plus for me since this is a mid-range smartphone and a lot of people still rely on wired headphones. So the question still remains, is the display good? Yes, definitely. I love the colors that we’re getting on the realme 6 Pro and it’s quite large at 6.6-inch with Full HD+ resolution. For its price, the realme 6 Pro’s display is definitely one of my favorites out there. Scrolling through the UI and also navigating thru websites is buttery smooth which is really pleasing to the eye thanks to the 90Hz refresh rate. Unfortunately, the 90Hz refresh rate of the display of the realme 6 Pro doesn’t work on games that we’ve ran but hopefully, realme and the developers can do something about it in the future. 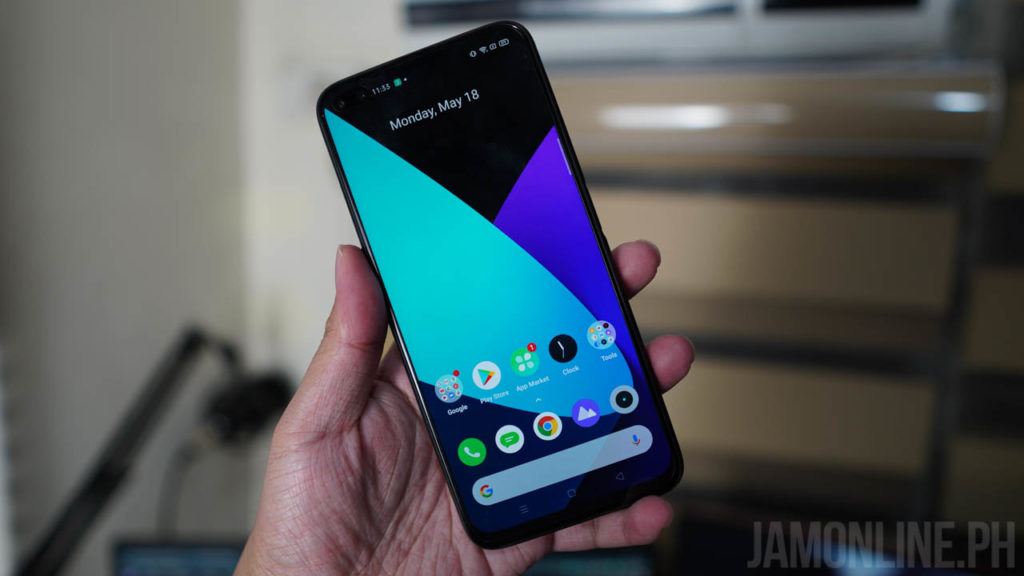 We got here a slight upgrade when it comes to the battery as the realme 6 Pro now comes with a large 4300mAh battery compared to the 4035mAh battery of the realme 5 Pro and yes, our experience with the smartphone’s battery life was great. In our PC Mark battery test, we were able to get a battery life of 12 hours and 34 minutes which is already great for a midranger and also for the hardware that we’re getting inside the smartphone.

In our real life usage, despite playing casually on the smartphone in a single day, I can go from 10 AM to 9 PM before running out of juice on the smartphone. Oh and speaking battery, the charger has also been upgraded on this one as we got here a 30W Fast Charger so if you wake up late and you need to juice up your smartphone, that won’t be a problem because charging your smartphone in just an hour or less can fully charge your realme 6 Pro already.

One of the advantages of owning the realme 6 Pro is the UI that we’re getting in here. It’s actually one of my personal favorites because it’s close to vanilla Android and it’s really responsive. The realme UI has also been my favorite because it doesn’t have too much heavy customizations in its UI and the combination of the 90Hz display and the UI of the smartphone feels really great to use.

Thankfully, it’s easy to adjust to 60Hz if I wanted to conserve battery but there’s an auto mode too in where the smartphone will decide when to use the 90hz refresh rate of the smartphone. When it comes to performance, the realme 6 Pro doesn’t disappoint because we got here a Snapdragon 720G processor inside. The smartphone definitely got some chops when it comes to gaming as the Snapdragon 720G can handle most games without a problem as long as you adjust the settings of the games that you’re playing. But first, let’s check out the benchmarks of the smartphone: As you can see in our table above, the realme 6 Pro handled most modern games really well. Unfortunately, there are some games that aren’t running on 90fps despite having a 90hz refresh rate. But we still got here a 120Hz touch response which is why the display is more responsive than other smartphones which makes the realme 6 Pro great for FPS games.