vivo Y35 is one of the newest mid-range smartphones from the company and it packs a lot of interesting features inside including a large 5000mAh battery, a 44W fast charging, and also a sexy design that resembles the vivo V25 series today, we’ll give you a first look of the smartphone. The vivo Y35 features a design that is similar to the vivo V25 but there’s no Photochromic 2.0 back panel on this one which is just fine as the design alone of the smartphone is already stylish for me. The vivo Y35 that we got comes in Dawn Gold and the reflection and its textured design do look pretty especially when you look at it from different angles. When it comes to the hardware inside the smartphone, it’s a decent one and it can run most apps and play casual and light games thanks to the Snapdragon 680 processor inside it. Along with that is the 8GB RAM of the smartphone and also the 256GB of internal storage. The smartphone also features 8GB of extended RAM so not only did I have bigger storage but I was able to open more apps simultaneously and multi-task without problems. 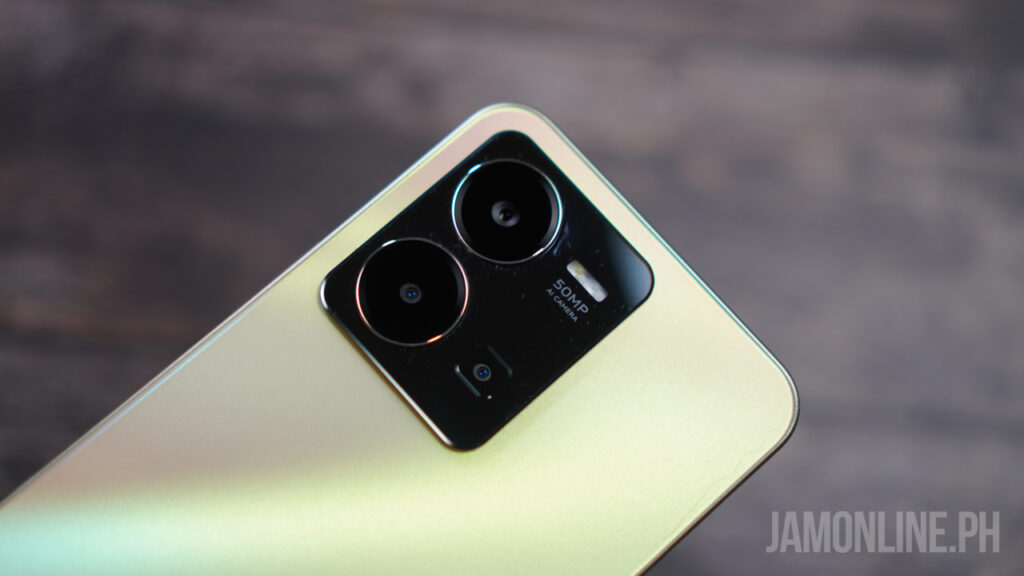 When it comes to the camera, the smartphone’s camera isn’t its best feature. Yes, the vivo Y35 features a 50MP main camera and also a 16MP front-facing camera but the quality of this one is a far cry from the vivo V series smartphones. Posting these photos on social media is just fine but don’t expect the sharpest photos and the perfect colors. Here are some of the shots that we took using the smartphone: