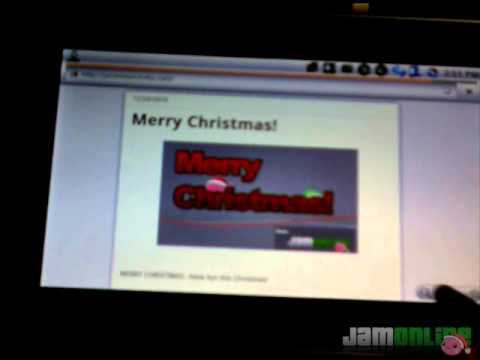 I’ve got a chance to play with another gadget again. This time it is the Android tablet ePad, a 10″ inch Android Tablet and a iPad knock-off. As you can see from the design this one is truly inspired by Apple iPad but this one has many different features.

BODY & HARDWARE
When you hold this one you can feel that the body is made up of pure plastic. The back of the ePad is not aluminum but a plastic too. But because of this it made the Android cheaper and affordable for all. But because of the resistive touch screen the device lacks multi-touch. The iPad is way better than this because of its capacitive screen.


SOFTWARE
This device is using Android 2.1 a.k.a. Eclair and I don’t think that there will be upgrade to Froyo or Android 2.2 anytime soon. The device has it’s own marketplace called slideme. Some of the games and applications are free while the others cost $0.99 and up. This thing is too slow and if you are an impatient guy, I think you will throw this thing because it is too slow.

One of the problems that I’ve encountered is that some of the games and applications that I’ve downloaded is too small. and you can see it on the video that the game only uses a small part of the screen and the applications crashes most of the time. Some of them are stretched and there are only few apps and games that uses the native resolution

CONNECTIVITY
This thing has Wi-Fi, USB Port and a LAN port. So if you can’t find any access points, this one is useful :D. Too bad, 3G is not present in this device.


CONCLUSION
The Android ePad is just a waste of money. This thing is so slow, The resistive screen is a crappy one and it is just a iPad KIRFed.