I just visit GTA Gaming and I seen a news about GTA IV. GTA IV will have a downloadable content which is dubbed as Grand theft auto IV : The lost and the damned . It says that there will be a new character that intersects the story in Grand Theft Auto IV…… Story After the jump 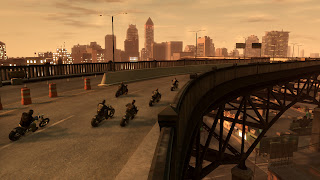 The episode, titled “The Lost and Damned” will revolved around Johnny Klebitz, a member of the Liberty City biker gang The Lost who you meet a couple times in GTA IV’s singleplayer game (Elizabeta has you overlook a drug deal with him, and Ray has him accompany you on the diamond deal).