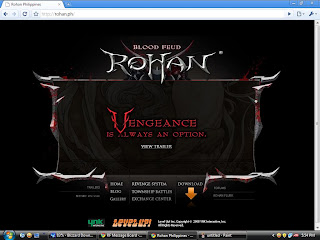 Today, When I read my new responses on Plurk. I read about the post of RohanPH that the Rohan PH website is now up….. More after the jump.

Rohan Online was announced by level up! during the Level up live! held last october. And today, The website is now open. Does it mean that Rohan online will be released here in the philippines before the holiday?, I hope so :).

Anyway, When it comes to hacks,bots and cheats. I found a lot in this game when I search the google. I hope that the game will not be a paradise for hackers and botters.