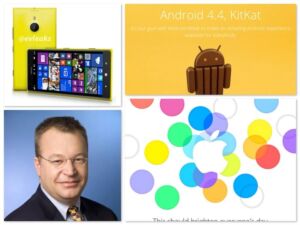 Last week, a Nokia Lumia 1520 press shot was leaked by +@evleaks and the GDR3 update for Windows Phone 8 is coming with it. Microsoft also made a headline last week when they announced that they acquired the Nokia mobile and services division. Google also announced that the next version of their Android operating system is Android 4.4 Kitkat and not Key Lime Pie. And who would forget the Apple keynote?, everyone is excited at Apple’s Keynote later tonight! Check out my expectations on the new iPhones. Oh and if you’re joining the Arc Mobile Prime 350 Giveaway, you might want to watch out for the codeword on the video. Why don’t you check out the video after the break.