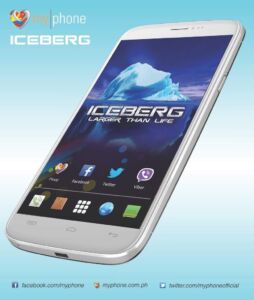 Local branded are really exciting! MyPhone has revealed to us of what seems to be their next flagship smartphone. Special thanks to Chuckie Dreyfus for sharing this on his blog (Be sure to check out his blog!). The next flagship of MyPhone would pack an amazing construction and specs. And yes, it doesn’t just pack the amazing specs that you want from a smartphone but the MyPhone Iceberg also has the software features that you can find on other Android phones. I suggest that you click read more and check out what MyPhone Iceberg has to offer us. 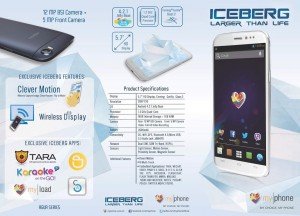 The MyPhone Iceberg is clad in Aluminum. Yes, it will give you the premium feel and look on the phone. And don’t worry about the back cover of the phone because the Philippine map on the back is now gone. And on the front, you don’t have to worry that much about scratches because it is protected by a Corning Gorilla Glass 2. Not bad right? 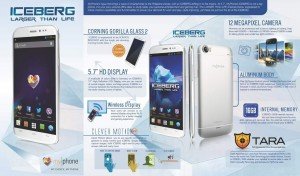 Aside from having a great hardware, the MyPhone Iceberg also pack some features that can “wow” us Pinoys. First, the phone has TARA “Theft Apprehension & Asset Recovery Application”. Basically, it lets you secure your data in case of theft. And yes, that’s exclusive for the MyPhone users. The MyPhone Iceberg also supports clever motion, that’s the feature that allows you to use gestures to do a specific command. Here’s my favorite feature of the MyPhone Iceberg, the Wireless display. I think I don’t need an explanation for that. I’m just not sure which devices would support that feature.

Source: All Chucked Up!