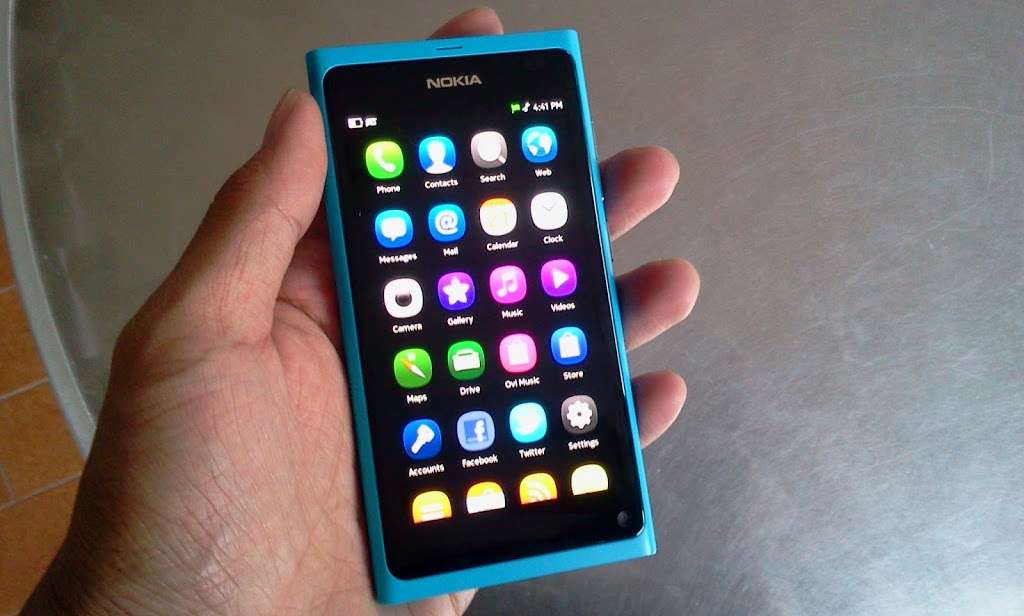 Before the Nokia Lumia 800 was announced there was the buttonless Meego-powered Nokia N9. If you don’t remember what the Nokia Lumia 800 looks like then you might want to check out our review of the Lumia. The look and the feel is almost the same with the Lumia. But the Lumia used a 1.4 GHz processor compared to the 1 GHz processor which makes the Lumia faster and smoother than its meego cousin. The Nokia N9 also supports NFC which isn’t getting that much popularity in our country. Some people barely see the difference between the Lumia and the N9 and most of them  but this review mig

The Nokia N9 is pretty much the same with the Lumia in terms of its construction. We still see and feel the polycarbonate body which is very prone to disfiguration when you bump the phone hard. So Nokia include a jacket inside the box but unfortunately the review unit that we got doesn’t have one. Just like the Lumia 800, this one uses a AMOLED Clearblack display which has a great viewing angles and the blacks are really black. One of the best screens I’ve seen if you ask me. Anyway, this baby has a 3.9″ screen compared to the 3.7″ screen of the Nokia Lumia. There are no buttons on the rear that’s why the screen is larger. At the button of the screen is a front facing camera for video calling. It is kinda odd to put the front facing camera below the screen. Sometimes, your hand might block the camera. Anyway another thing that is missing in the Nokia N9 is the camera button on the side. 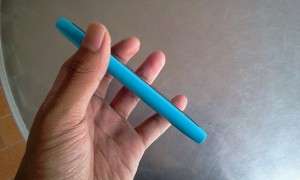 At the back is the same polycarbonate body with the 8 megapixel Carl Zeiss camera at the back along with the Nokia Logo. The performance of the camera was quite better than the Nokia Lumia 800. No camera buttons though. At the top you’ll still get the the micro usb with the cover that you need to push in order to see the port and of course, there is the micro-sim and again just like the lumia, you’ll need to slide the micro-sim port in order to see it. Oh and there’s the 3.5mm jack on the top too. The rest is just like the Nokia Lumia 800.

With regular use, the phone lasts up to 1-3 days. That’s quite good if you ask me. Too bad, you can’t remove the phone’s battery. If you want some extra juice in there then I suggest that you buy powertubes and portable chargers. There’s NFC inside too but we haven’t tested it since it isn’t widely use here. The loudspeaker was almost the same with the Nokia Lumia 800 but I felt that this one is much more clearer and louder than the Lumia.

The 1 GHz  single core processor? I got no problems with that. The device is fast and the transitions are smooth. The phone is responsive on the 3.9″ Clearblack AMOLED display which is protected by a curve gorilla glass display. Typing on the curve display isn’t so bad. And just like what I’ve said before, the curve gorilla glass made the phone more sexier

The 8 megapixel Carl Zeiss camera might be one of the best selling point of this device. And just as we expect on a high-end device from Nokia, it didn’t fail us. The camera app on the Nokia N9 is much better than the Lumia. The autofocus was excellent even on video recording. Oh and this one has touch focus too while its cousin, the Nokia Lumia 800 missed on that one. Here are some shots taken using the Nokia N9: 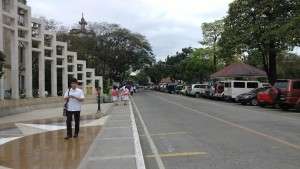 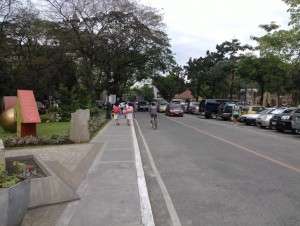 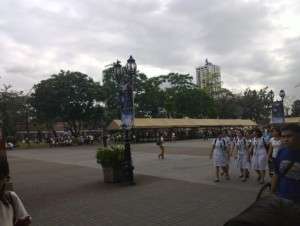 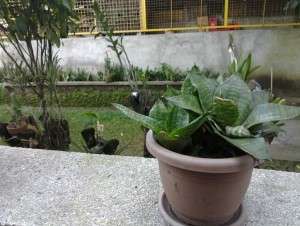 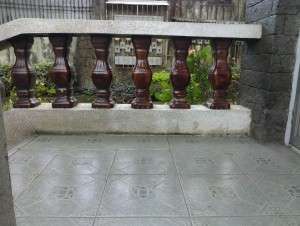 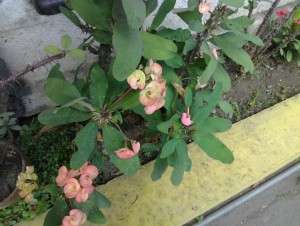 Here’s a HD video sample of the Nokia N9:

Be sure to choose 720p to check out the HD recording quality of the device.

Meego might be a stranger to some of you because this is the first and probably the last Meego phone that we will see from Nokia. Most of its features and looks reminds me of Symbian. The squarecircle icons are still there but the experience is a bit different with Symbian. This one is faster and this phone has less bugs and slowdowns. The combination of the Clearblack Display and the Meego UI is just awesome. You can barely the edges of the screen.

The device that we used Meego 1.2 Harmattan. One unique feature of Meego that I like is Swipe. As you can see there are no navigational buttons or anything on the front. Just the sleek curve gorilla glass. To navigate between homescreens and applications you need to swipe it from the edges of the screen. It took some time for some people to navigate when they saw and use the Nokia N9 for the first time. In order to unlock the screen you just need to double tap the screen and voila! the screen turns on and you just need to swipe it from the edge.

Yes folks, there’s multitasking on Meego. There’s one panel in where you can see all the apps and games that you opened. I managed to open a lot of apps and games but I haven’t experienced any slowdowns. Another panel is where you can find your notifications and facebook & twitter feed. While the last panel is, of course, the menu.

There are some pre-installed games on the device which are quite exciting and fun like Galaxy On Fire 2, Need For Speed shift, Real Golf 2011 and Angry Birds with Magic which will have more levels if you use NFC but unfortunately, we didn’t have any other devices with NFC in here. As for the Nokia Maps, yes, they’re still usable and almost the same with the Windows phone version. Whenever I swiped back to the homescreen some of the games just stay suspended or paused .

The browser does it job well. It doesn’t support flash but as a mobile device, most of the pages loads well without errors and it isn’t buggy and slow. If you want to bookmark or you have a favorite site to visit everyday and you want to make a shortcut of it, it’s easy. You can put the an icon on the menu for the shortcut of a link. I find it hard to navigate between other tabs because it will need you to swipe to the app drawer and then find the other tab of the browser.

Apps? No worries. The Nokia Store got you covered. Even though that the Meego is DOA and will soon be replaced by Windows phone, there are still some apps and games in the Nokia Store. Don’t worry about the support because Nokia will still support this phone. There are some decent apps in the Nokia Store like the Opera Mobile and there are even rumors that there will be firefox on the Nokia N9 that will support flash. Facebook, twitter and skype? Don’t worry, you don’t need to download those apps because Nokia N9 had those inside. Once you connected your Facebook, Skype and twitter account. You can now see the latest feeds on the notifications and feed panel. Aside from that, You’ll also connect messaging and your contacts on your Facebook and skype account. You can use your Nokia N9 device to use Facebook Chat in messaging and check out your contacts. For skype, well I didn’t see a video call there but you can do voice call on it. Too bad, the front facing camera is now useless.

There aren’t special features on the gallery and on the music app but they look good. IMO, it is better than the iOS. Didn’t have any problems and slowdowns when playing those HD videos and large pictures. It’s fast and smooth folks.

Here’s a short hands-on of the Nokia N9:

Verdict
Nokia N9 might have some features that the Nokia Lumia 800 doesn’t have like NFC and front facing camera but the Meego is already dead on arrival. FYI, Your Nokia phone will still work even though Nokia would stop supporting it. If you are into phones with great camera then you might want to add this on your list because the 8 megapixel Carl Zeiss camera performed well on our test. All in all, the phone was fast and the camera quality was awesome but like what I said before, Meego OS is already DOA. The Nokia N9 will soon be replaced by the Lumia 800 which will be launched this April here in the Philippines. Nokia N9 is already available since last year and it has 2 variants — Nokia N9 16GB and Nokia N9 64GB their SRPs are P24,190 and P26,790 respectively

If you want to know more about it’s twin brother, the Lumia 800. You can check it out here 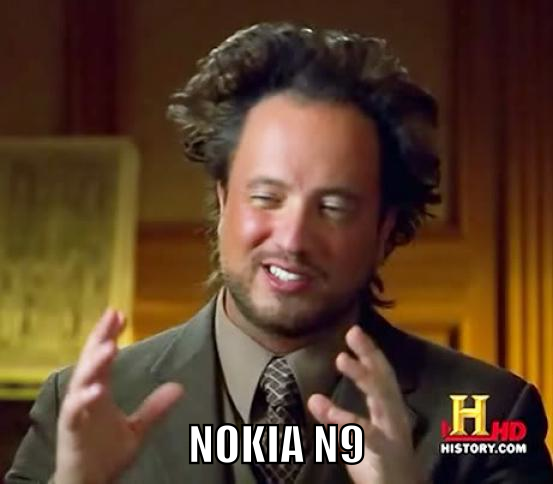 Disclosure: The review unit was lend to us by Nokia Philippines. Big thanks to them!