A Nintendo Playstation, you say? Yes, it’s true. The Nintendo PlayStation Super NES CD-ROM Prototype is thought to be a myth that is until it went for a public auction. It was the result of a failed partnership between Sony and Nintendo, the two largest companies in the console game market. There have been rumors that 200 units were made, but only one survived, which is surprisingly up for bidding. The owner of this very rare Nintendo Playstation is Olaf Olafsson, the founder, first president, and first CEO of Sony Computer Entertainment Inc. 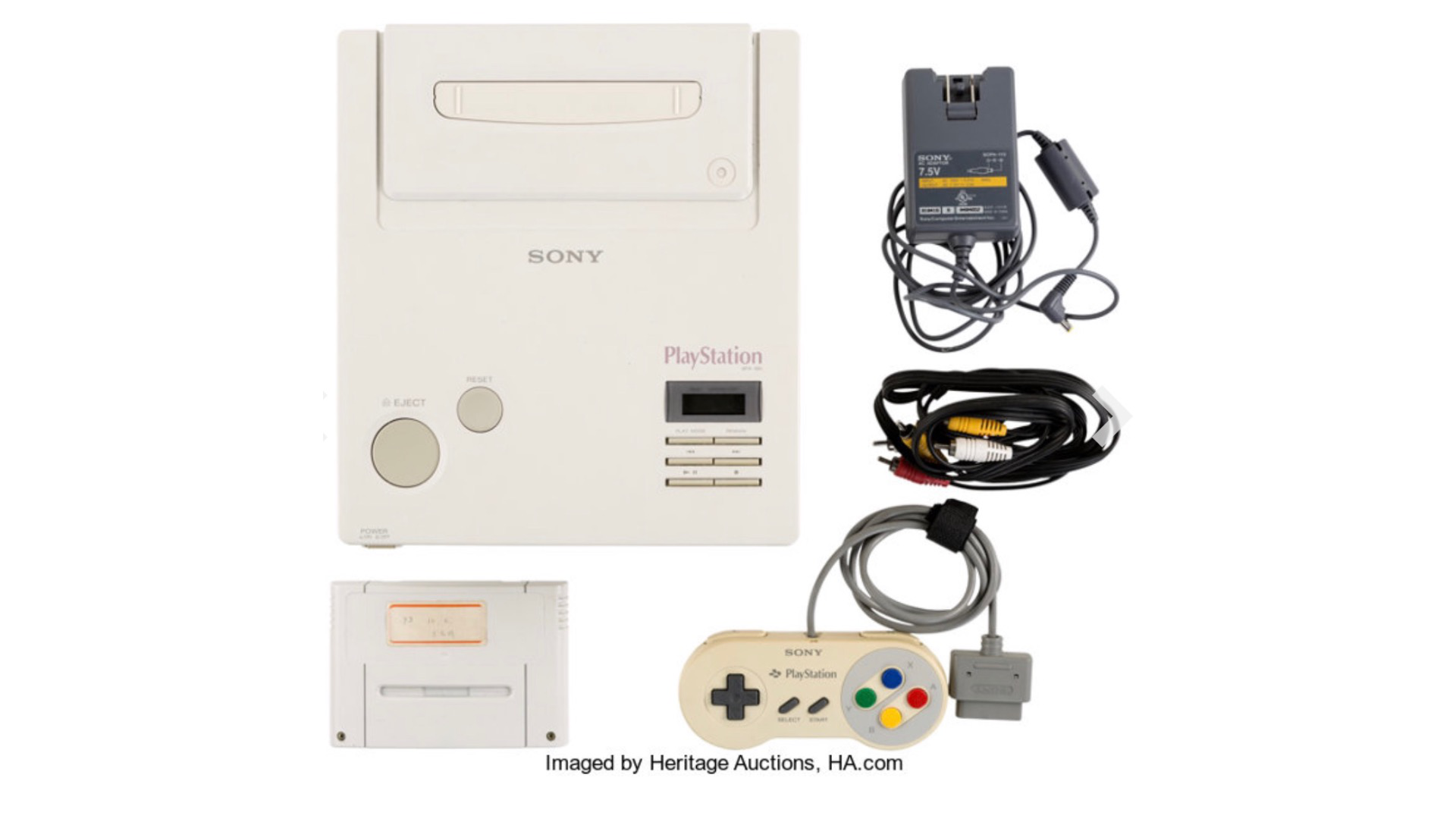 The Nintendo Playstation was actually born six years before Sony released the disc-based Playstation in 1994. At the time, it was only six years after the Compact Disk format launched and two years after Philips would introduce its CD-i system. CDs were a huge hit at the time. Nintendo partnered with Sony to release a CD-based add-on that would rely on Sony’s proprietary Super Disc format. But at CES 1991 when Sony revealed the Nintendo Playstation add-on, Nintendo went around Sony’s back and formed a partnership with Philips. Sony and Nintendo’s partnership soon dissolved. Developer consoles of the two brand’s partnerships became huge rarities. Not only is it prized by console collectors, but by historians and museums as well.

I am currently the highest bidder on this. Who are the other nutters who keep bidding against me?https://t.co/MIPpVn90EW

The highest bid for the Nintendo PlayStation prototype is currently at $350,000. The bid is placed by Palmer Luckey, the founder of Oculus, and the designer of the Oculus Rift. According to Luckey, he owns the most extensive game console collection. “Perfect VR will ensure the original experience lives on forever, but we need to keep these things alive and functional in the meanwhile” He was questioned on his claim on video game preservation, Luckey responded “Public availability is just a matter of time, I have been keeping things low key until then. I am preserving the original copies in the most advanced videogame storage facility ever constructed.”