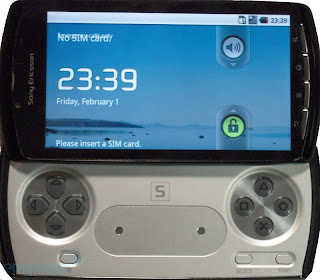 The long wait is over Playstation Phone will soon be a reality. This device will be released soon (Hopefully). This baby will be have a Android 3.0 OS or gingerbread and it will have a Sony Marketplace (maybe Playstation Store) where you can download games and hopefully some cool applications just like in iOS and in android
As you can see there’s touchpad in the center which supports multi touch, I think it will replace the analog and there’s a button under the arrow keys. Along with those buttons are 1 GHz Qualcomm MSM8655, 1GB of rom, 512MB of RAM, a MicroSD slot and not a Memory stick and a screen which ranges from 3.7 to 4.1 I don’t know what letter “s” stands for
As you can see, Raechel UI is not present but an Android skin is there, maybe because it is still a prototype, I hope we can see a XMB or Raechel UI or Timescape UI soon, anyway this is still a prototype so let’s hope that it will be released soon
To get the latest news about videos, tips, cheats & more subscribe to JAM online Enter your email address: