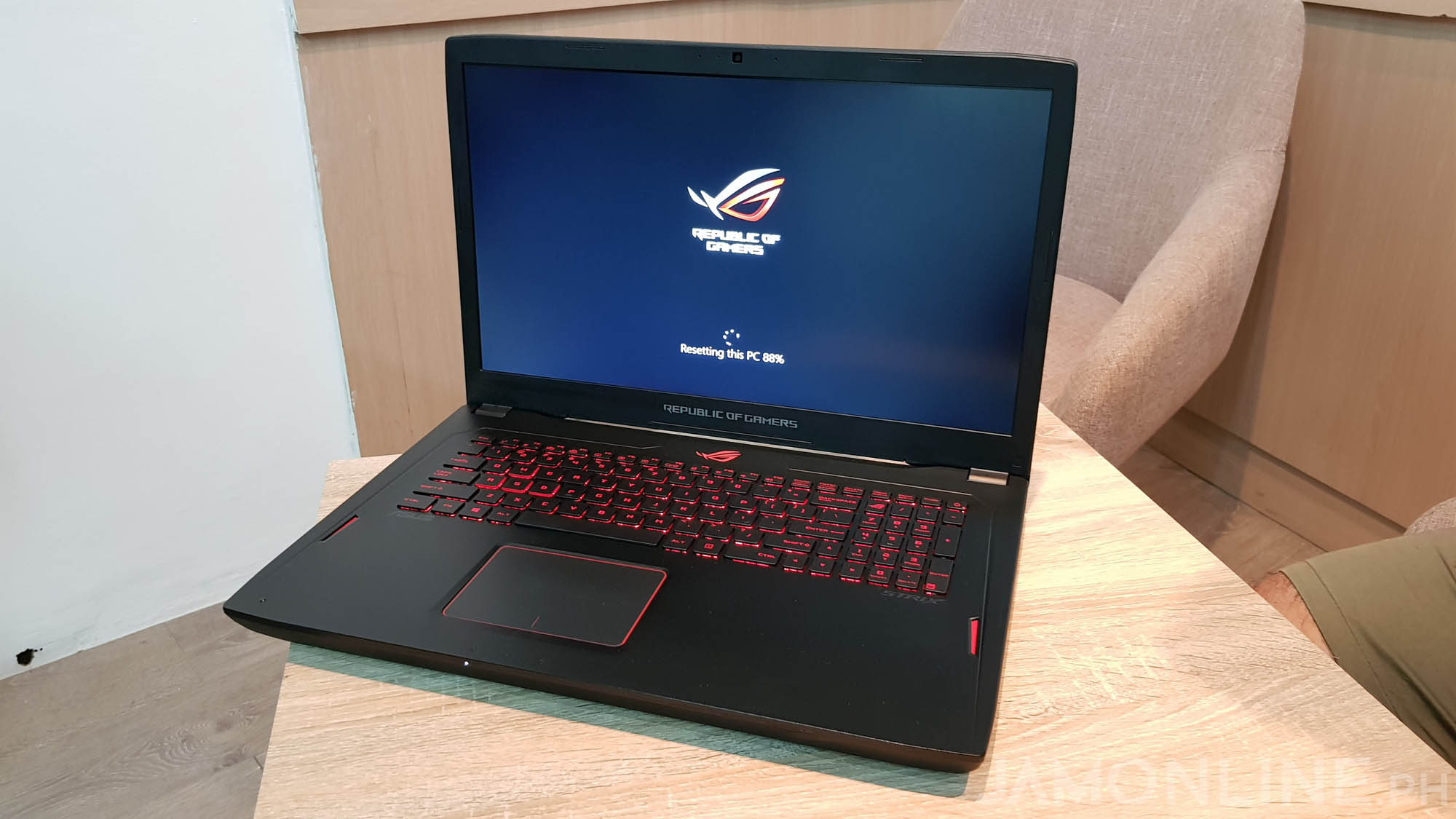 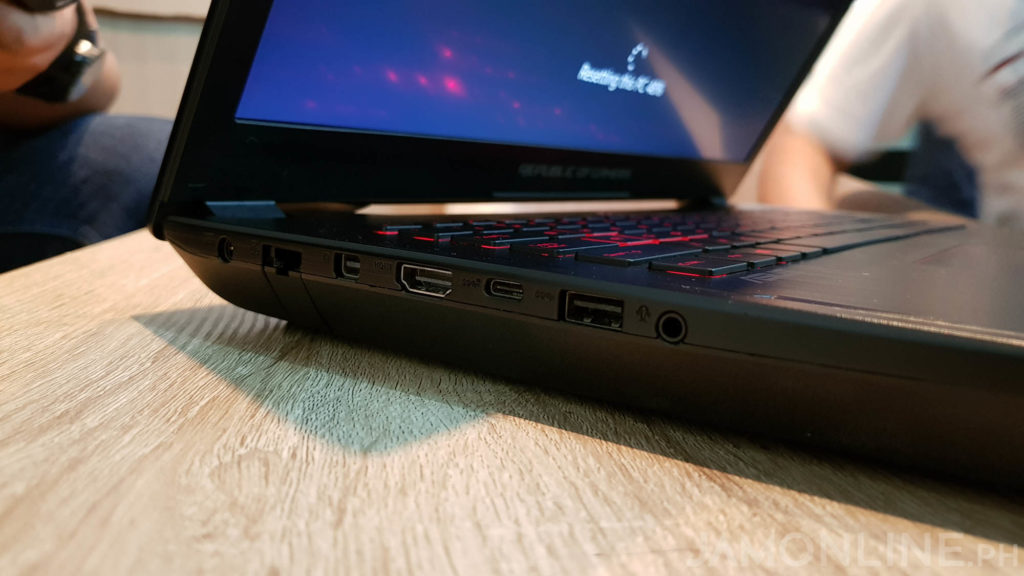 The laptop is chunky but that’s already expected since this notebook packs a desktop-class processor inside. Not only that, it’s also heavy and large since we’re talking about a 17-inch notebook over here. If you’re planning to bring this notebook wherever you go, be sure that your backpack and back can really handle this thing. Again, the notebook packs an AMD Ryzen 7 1700 octa-core processor inside with 16 threads. The notebook is amazingly powerful and it is specially made for people who want to have a powerful notebook that is made for heavy processing and rendering like video editing and other applications that optimizes and maximises multi-core systems. The design and feel of the ASUS ROG GL702ZC don’t feel the same with the new generation ROG notebooks. The Ryzen-powered laptop actually feels like from the previous generation as this one packs only a LED-backlit keyboard with only the red color. Unfortunately, the RGB fans won’t be happy with this notebook. The keyboard is not shallow and tactile feel was just fine, however, I felt that the touchpad of the notebook is too small for my use.