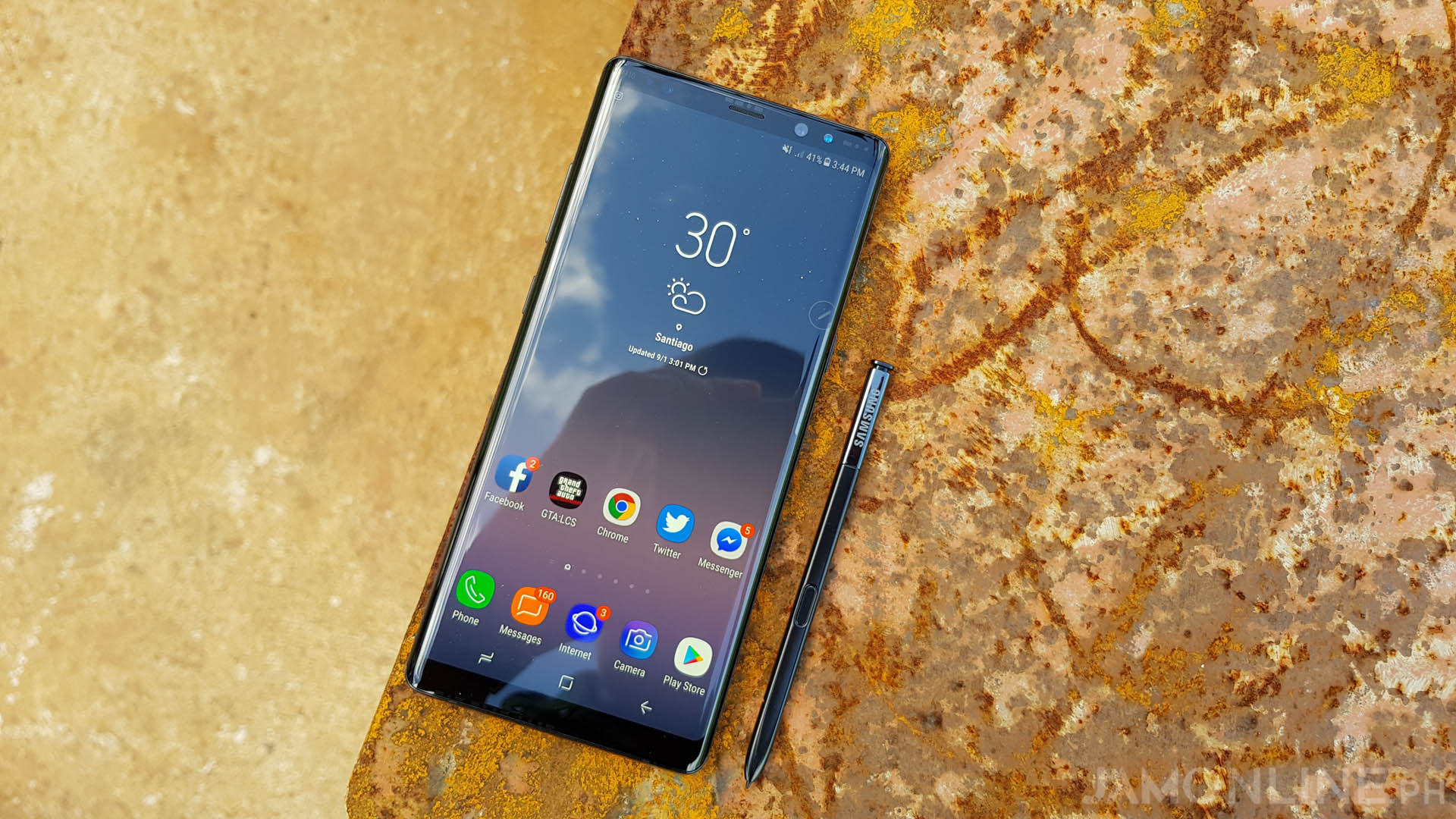 The best thing that Samsung has to offer over the new iPhones is the Audio jack. Yes, Samsung has chosen not to ditch the audio jack. Also, Samsung has included AKG earphones out of the box which is, by the way, has an amazing performance. 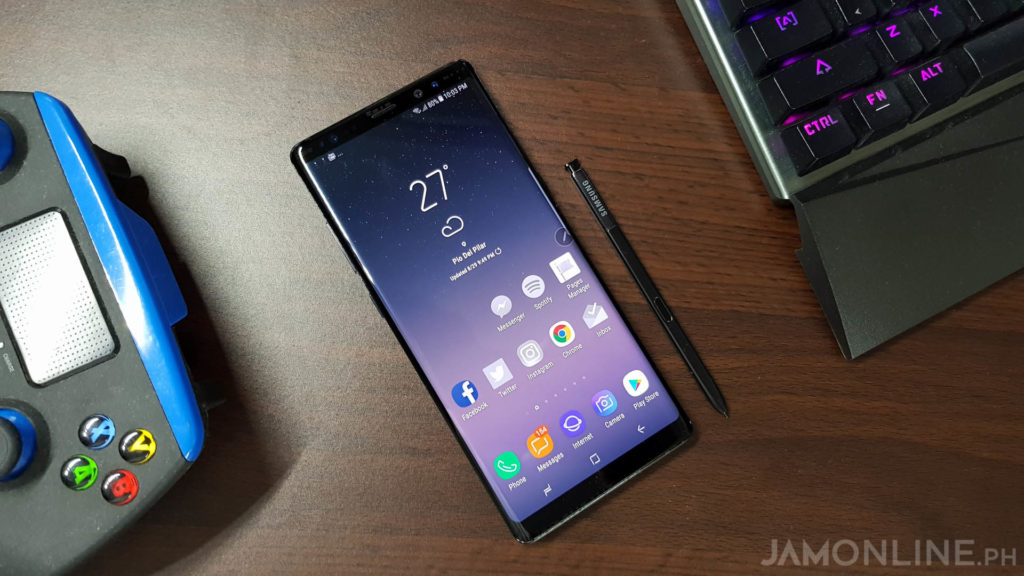 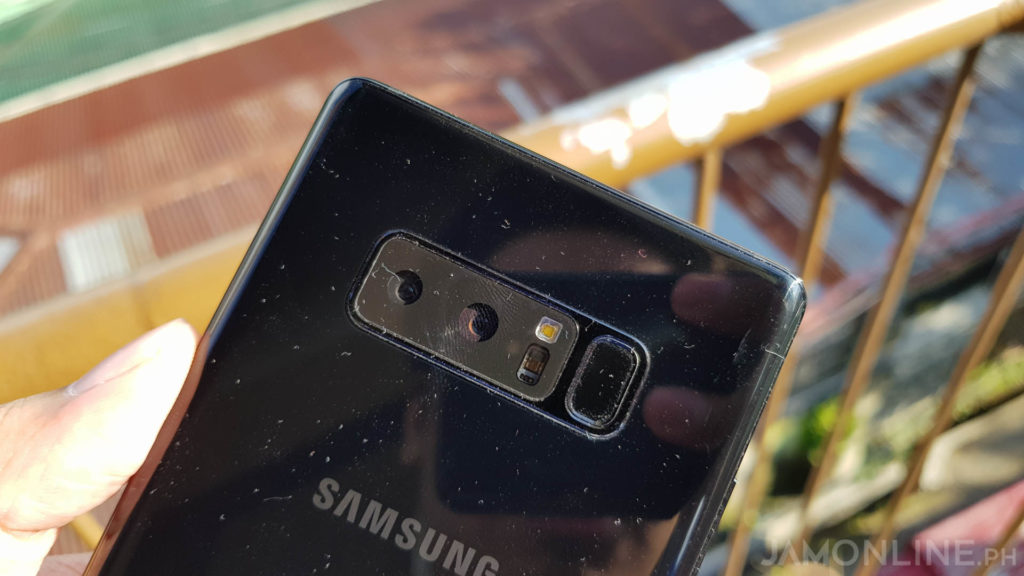 The speakers of the Galaxy Note 8 is amazing. It’s great and one of my favorites, however, I still prefer the stereo speaker of the iPhone 8 Plus. Regarding connectivity, I didn’t have any problems with calls, texts, and the LTE is fast. The GPS was on point too and I’m really happy about it.

Last year’s Galaxy Note7 display is already good. The Galaxy Note8? It’s great. And yes, the Samsung Galaxy Note8 has the best display that you can find on a smartphone. I love it. The colors are good and the quality of the display is just the best. Watching videos on this one might not be ideal because of it’s 18.5:9 display aspect ratio which means that the smartphone is taller and narrower even compared to other new smartphones. Whether you’re using your smartphone outside or in a bright condition, the display of the Samsung Galaxy Note8 is great. It’s amazing and it is really the best among smartphones. For S-Pen users, it might be a little odd when drawing or sketching on the GalaxyNote8 as this one has a curved display, it’s a little bit weird to draw or sketch on the edges of the display.

But overall, the display of the Samsung Galaxy Note8 is really damn great.

Inside the Samsung, Galaxy Note8 is an Exynos processor inside along with 6GB of RAM. And yes, you don’t have to ask me regarding its power as the smartphone is powerful AF. You can run any games and applications on this smartphone without any problem. Yes, the smartphone still uses the same TouchWiz UI being used in other smartphones. If you’ve used the Samsung Galaxy S8 before, it’s basically the same processor but this time we got a bigger RAM which means that the smartphone can handle more applications and games simultaneously which is a good thing. Yes, surprisingly, I didn’t experience lags and crashes on the Samsung Galaxy Note8 which of course is a good thing.Galaxy S8 before, TouchWiz UI being used in other smartphones.

There are also some features that are exclusive to the Samsung GalaxyNote8 like the Live message which lets you create live drawings and scribbles which is really helpful when making plans, directions, and some cute stuff that you can post on Facebook or Instagram. 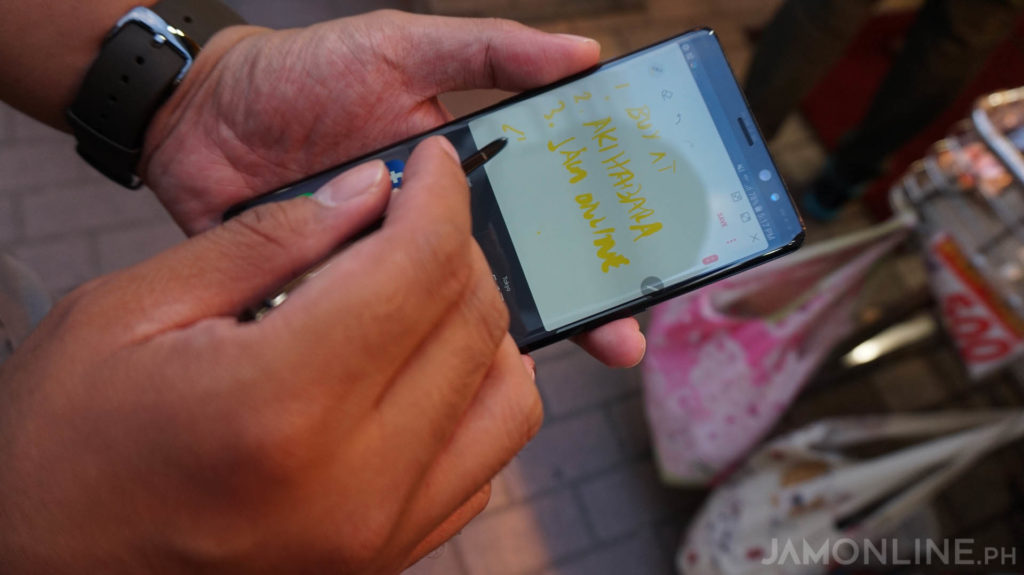 The S-Pen is solid. It’s easy to use and the pen is just accurate whatever you want to use it for. It’s really great for productivity especially for annotations and also for just scribbling ideas. It’s also easier for highlighting texts on Office applications and also on web pages thanks to the S-Pen. The S-Pen really helps in increasing my productivity whenever I’m using the Galaxy Note8.

The Camera is AWESOME I was blown away by the camera of the Samsung Galaxy S8 and with the Galaxy Note8?It’s amazingly good great. This is also the first Samsung smartphone to sport a Dual-lens camera and just like the iPhone, the camera of the Galaxy Note8 can do 2x zooming. Oh and the quality? It’s really great. Actually, I’ve used the smartphone for taking product shots instead of my DSLR. Check out the shots that I took using the smartphone. In my recent trip to Japan, I didn’t bother to use my Sony A5000 as the Galaxy Note8 can perform really better. The live focus mode of the Galaxy Note8 can do really well however, there are some cases in where the bokeh and its edges don’t do its job well as the edges aren’t right and the blurring wasn’t that good. But overall, the camera of the Galaxy Note8 is just amazing. Well, you just saw its sample shots and I’m pretty sure you’re amazed at it. The Samsung Galaxy Note8 is probably the best Android smartphone that you can get right now. It has a great camera, amazing performance, and a really beautiful and premium design. Yes, the smartphone might be expensive but it’s the best smartphone that Samsung Android has to offer, also, you gotta love the S-Pen of the smartphone and yes, there’s headphone jack.