The Cherry Mobile Flare HD was very light. It’s a delight to the hands thanks to the small dimensions and its lightweight design. Actually, the Cherry Mobile Flare HD looks very neat and there were no unnecessary aesthetic designs added to it. The volume and power buttons, weight, and design just feels right. But of course, not everybody is a fan of small devices these days. However, I notice that the icons of those 3 capacitive buttons below are quite small, not really a big issue for me but it will be nice if it was larger.

One of the main features of the Cherry Mobile Flare HD is the 4.3” HD display. In today’s standards, 4.3” isn’t that big anymore but the display just feels right especially for those people who are into one-hand typing but if you’re a media junkie and a gamer, you might ask for a larger screen size, but c’mon guys, this is the cheapest HD phone in the market right now. 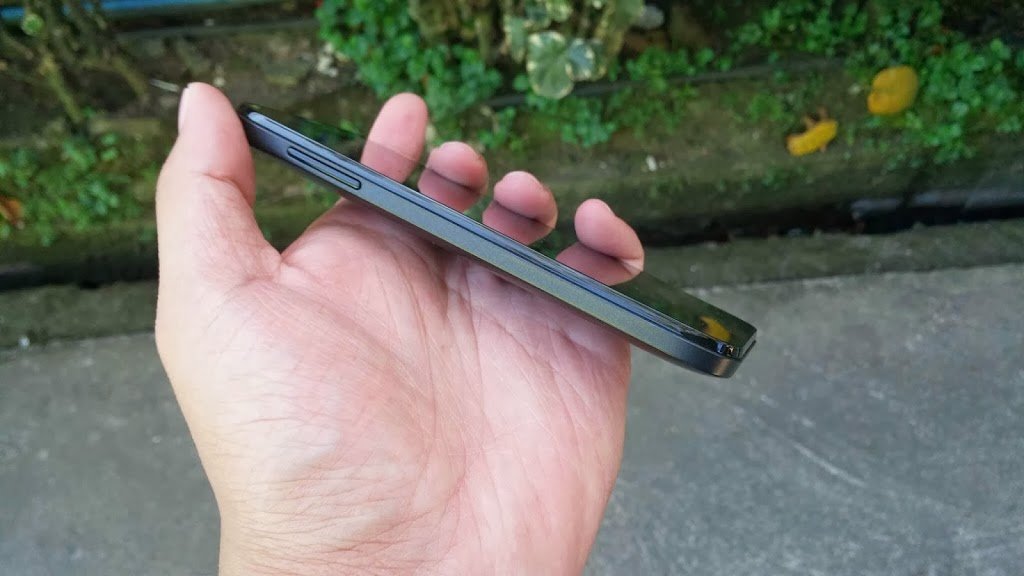 Another thing that I really like on this phone is the thin bezel but don’t worry, I didn’t had any accidental touches despite having that thin bezel. Since this has a 4.3” display with a 720p resolution, the pixel density was quite high and it looks pretty sharp. You’ll also love the great viewing angles of this smartphone. If you’re asking about sunlight legibility, yes, It was good.

Inside the Cherry Mobile Flare HD lies a 4 GB Internal storage which is expandable up to 32 GB. There’s a 1.2 GHz Quad-Core Mediatek processor and 1 GB of RAM which will be 2014’s mid-range standards. We’ll talk about the performance of this phone later. While you can find the MicroUSB port and the 3.5mm audio jack at the top of the phone. The battery of the Cherry Mobile Flare HD is rated at 1800mAh which isn’t enjoyable especially for heavy users. Just like the smartphone’s Flare brothers, the battery life of smartphone didn’t shine. It only last up to half a day on me at average use. When I was playing Asphalt 8, the battery drains like hell. I really suggest that you bring a power bank or an extra battery with you. The audio quality of the phone was just okay especially for its price. I didn’t expect that much on this smartphone when it comes to that. 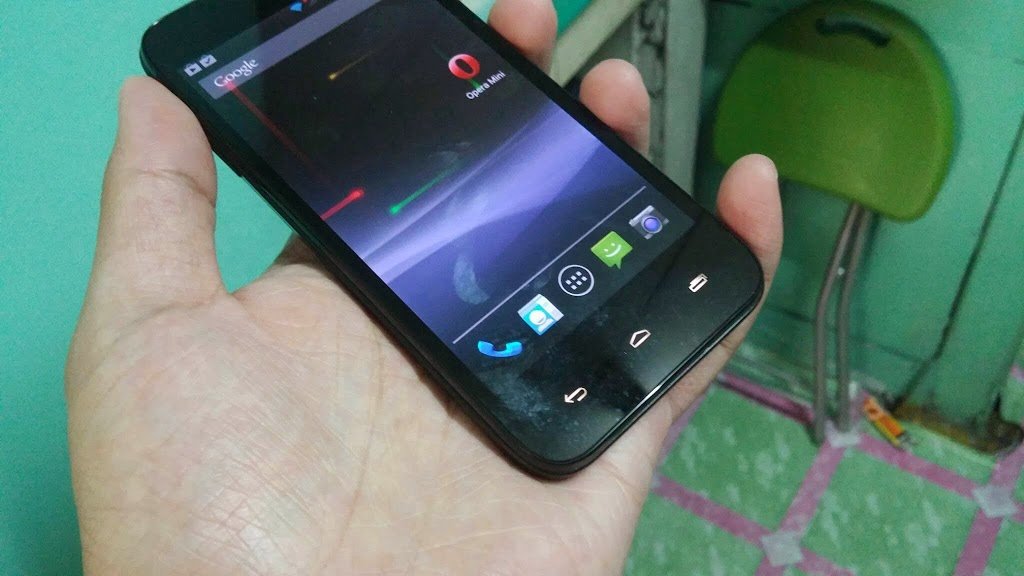 The Cherry Mobile Flare HD runs on a 1.2 GHz Quad-Core MediaTek processor with a 1 GB of RAM. It’s not the best that you could see on a phone but this hardware could already a lot of games including Asphalt 8 and Real boxing. But again, just like other Quad-Core MediaTek-equipped smartphones, you can’t maxed out all the settings on games. I managed to run Asphalt 8 at medium settings but when we were playing online, it was only playable at the lowest settings. Not really a bad-ass gaming machine but it was pretty acceptable for its price. The Cherry Mobile Flare HD’s Antutu score was 13695. Overall, I was very impress with the Cherry Mobile Flare HD. The build quality was solid, there’s a powerful Quad-Core MediaTek processor, the display was gorgeous and the camera was really one of the best for its price range. Although some people might not like it because of its small screen size and the battery wasn’t able to last long. If your budget falls near P5,499 then I strongly suggest that you get this phone. The Cherry Mobile Flare HD could even beat the specs of other phones at P6,000 price range. But if still have some moolah to spend, better get the Cherry Mobile Apollo which offers a larger screen.